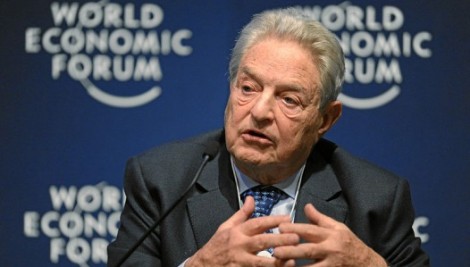 George Soros, one of the most famous investors in the world, was among the great and the good to lose out in 2016, as the markets belied the predictions of those who are supposed to be wise in these things.

Last year was the year for the sages to get it wrong. While markets in the US and UK hit new highs, and indexes in the UK continue to do so, some of the world’s most savvy investors have not done so well.

In the UK, Neil Woodford, the man behind the CF Woodford Equity Income Fund did not see his picks perform so well last year, leading him to warn that markets are being driven by momentum and sentiment rather than reason.

You could say ditto for George Soros.

Mr Soros, who leapt to global fame when he bet against the Bank of England in 1992, and won, and did much the same thing in Asia in 1997, is not a fan of Donald Trump, or the so-called rise in populism. Or indeed a fan of Brexit.

He thought that the election of Trump would be a disaster for the economy and thus stock markets.

Instead, markets surged on the political developments of last year.

For George Soros, who had bet on stocks sinking in the wake of a Trump victory, this was not such good thing.

Reports suggest he lost around $1 billion.

It just goes to show, don’t let your political views cloud your business judgement. Mr Soros was a supporter of Hillary Clinton and went against form by not shorting sterling before the EU referendum.