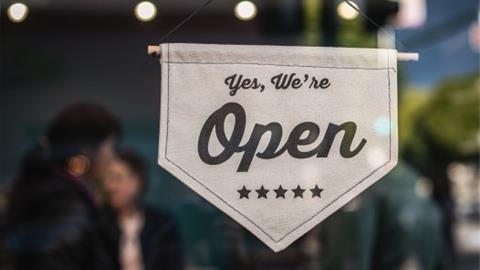 Small and independent shops have been better at resisting the challenges posed by the Covid-19 pandemic than larger chain stores, according to a new study.

Analysis conducted by the Local Data Company (LDC) and PwC found that small, independent High Street shops saw a net fall of 1,833 stores in the first half of the year, compared with more than 6,000 chain stores.

However, both figures are the largest on record. And combining the two, the High Street saw a net fall of 7,834 shops in the six month period.

Based on these figures, the LDC warned that a further 18,000 premises would be empty by the end of the year, equating to 14% of high street, shopping centre and retail park outlets. That would be the highest proportion since the LDC started its survey of shops in 2013.

Lucy Stainton, head of retail and strategic partnerships at the LDC, said it had been “an immensely challenging few months for the retail and hospitality sector”, but added that independent businesses had been “more agile, bringing in new product lines and offering food deliveries”.

“However, as we continue through the year with various local lockdowns and restrictions, life will not get any easier for operators,” she added.

“These figures mark only the first phase in the impact of the pandemic on the retail economy this year, with 20% of the market still temporarily shut and with more months of difficult trading conditions ahead.”

As England faces a second national lockdown, some larger retailers have extended their opening hours to meet a huge rise in demand.

England is set to enter a month-long lockdown at midnight tonight until 2 December, with non-essential retailers forced to close. It has led to many consumers taking to the shops to do some Christmas shopping while they can. There have been some reports of queues outside some Primark stores.

John Lewis, Currys PC World and The Entertainer are just some of the retailers to have extended their hours. The Entertainer chief executive Gary Grant said it was “just like Christmas”.

Speaking to the BBC, Mr Grant said: “When the closedown announcement was made on Saturday, the penny finally dropped for people that if you take away four of the eight weeks left before Christmas, it is going to make shopping quite hard.

“Also there is concern toy retailers won’t be able to meet the massive increase in online orders because of courier constraints.”

“While we expect footfall to increase between now and Thursday, our extended opening hours will help ease the busy periods in store,” said Mark Allsop, chief operating officer at Currys PC World.