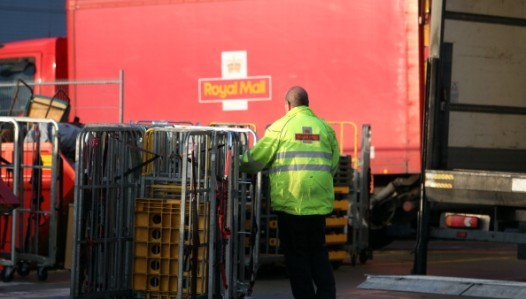 Royal Mail says the company's performance "fully met" its expectations over the past nine months, following a "great Christmas".

It said it handled 130 millions over the Christmas period, up 6% on last year. Over the nine months, parcel volumes were up 4% compared with the same period a year earlier. There was a 3% drop in the number of letters it handled, but Royal Mail said it is now on course to achieve its cost cutting targets.

Royal Mail has endured a tough time since it was privatised by the government in 2013. It is now the subject of a review into the 'efficiency and sustainability' of its universal postal service by Ofcom.

With competition from smaller delivery firms that are able to charge more for deliveries in harder-to-reach places, and declining letter volumes across the industry, Royal Mail has argued that it should not be bound by law to deliver a universal service.

Charles Huggins, investment analyst at Hargreaves Lansdown strockbrokers said Royal Mail is better placed to "weather the storm" of the "challenging" UK parcel market. Because of its 50% market share, "it can invest more in technology and service", he explained.

Mr Huggins added: "There is plenty of scope to reduce costs, having spent so long in public hands. This should help to support profits, at a time when rivals are seeing margins squeezed."