RBS protected itself against sterling fall 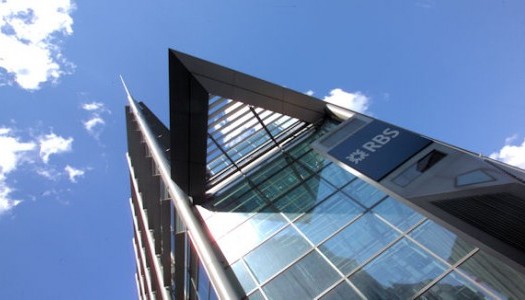 The Royal Bank of Scotland (RBS) took steps to protect itself against a dramatic fall in the value of the pound following the vote the leave the European Union, its chairman has said.

Sir Howard Davies told the BBC that the bank was concerned that sterling would plummet in the event that the UK voted Leave.

With a fine over its role in the collapse of the US housing market imminent, the Bank wanted to ensure that fine did not become more costly by the US dollar growing in value against the pound.

Sir Howard said: "I can't tell you for how much, but yes we did notice that, and we bought some protection."

Some analysts have speculated that the eventual cost of the fine coming RBS' way could reach £9 billion, and by taking steps to protect itself against the pound's losses, it is understood the bank may have saved itself around £900 million.

RBS' share price has plunged by around 40% since the result of the EU referendum. And Sir Howard believes it comes as a direct result of the bank's place as a domestic bank in Britain.

"The market thinks there is going to be a slowdown in the UK economy, and if you are a big domestic bank you can't hide from what's going on," he said.

Earlier this week, RBS chief executive Ross McEwan said the government's sale of its 79% stake in the bank could be delayed by up to two years following the Brexit vote.