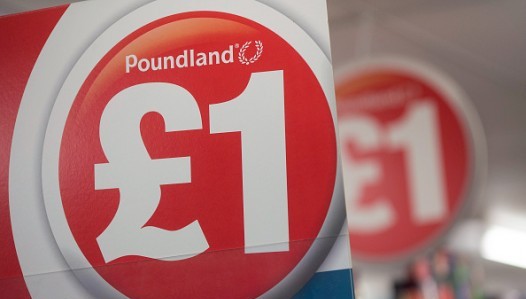 Poundland has seen its shares drop 20% after describing its current trading as "highly volatile".

In the first half of its financial year, Poundland reported profits of £5.3 million, a 43.1% fall on the same period last year. Its like-for-like sales, which exclude new stores, were down 2.8%.

The budget retailer blamed an early Easter and the fall in demand for loom bands. And it expects the new National Living Wage to add up to £4m in wage costs.

Speaking to the BBC, Poundland chief executive Jim McCarthy said: "We flagged that the results for this half this year would be less than last year because last year was an exceptional period where we benefited from... a late Easter that had quite an impact on sales, we had unusually fewer competitor openings, we had soft comparables and we had the one-off loom band craze.

"We are, in fact, where we expected to be at this stage.

"The first half is our quieter half and the most significant contribution comes from the second half. We do operate on smaller margins... and it is about driving volumes."