Pound rises, but was it down to May or Trump? 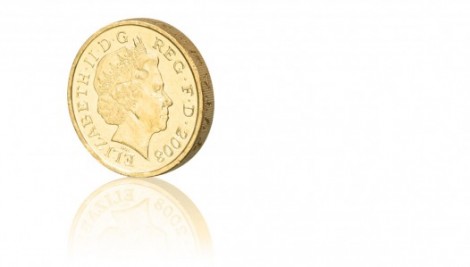 The pound saw one of its best days in years yesterday, as Theresa May gave comfort to the currency markets, and Donald Trump made them anxious.

There was no ambiguity emanating from Theresa May. For once she really did make it clear what Brexit means, and there was a hint it meant the kind of red, white and blue that typified a more assertive Britain of yesteryear.

For those two reasons, Mrs May has concluded that the UK can't be part of the customs union, it will be totally at arms-length from the EU, more like China, than Norway or Canada.

But the EU better be nice to us and agree lots of trade deals, because if it doesn't, it will have committed an act of calamitous self-harm. But there is a threat too. The UK will become a low tax, low regulation state on the edge of Europe that the EU may have cause to fear.

How the EU will react to such an idea remains to be seen, but the currency markets decided they liked it. Or maybe the markets decided they liked the news that parliament wound get to decide on the final deal with the EU. And although the pound is still cheaper against the dollar and euro than it was at the end of last year, it has reversed most of the losses of the last two weeks. (Although, in the last few hours it has fallen back a little).

Meanwhile, in the US, President-elect Trump said that he wants to see a cheaper dollar. This is unprecedented. For most of the 20th century, the US traded off a strong dollar: the mighty dollar underpinned much of US policy. Not surprisingly, the markets sold dollars on the Trump announcement.