Pound and shares continue to fall 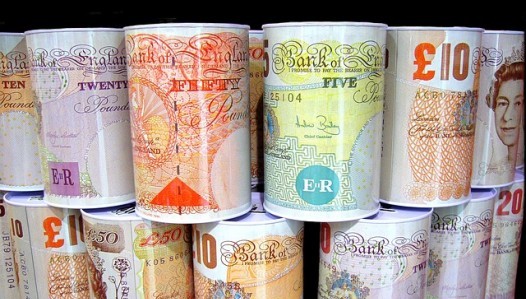 The value of the pound and the UK's main stock market fell again on Monday morning as markets continue to assess the fallout from the UK's decision to leave the European Union.

With concerns over the state of the housing market, following the referendum result, Taylor Wimpey and Barratt Developments both saw their shares plunge 11%.

Ratings agency Standard and Poor said global markets had lost more than $2 trillion after the referendum result, more than at the start of the global financial crisis in 2008.

It is thought various speeches made by senior figures have gone some way to limiting the losses. George Osborne said the UK is "in a position of strength" to deal with the outcome of the referendum result. In his first speech since the result, the chancellor said he had been in almost constant contact with European finance leaders, CEOs of major employers, central banks, the US Treasury secretary and speaker of the US Congress to ensure the world works together to reduce volatility in global markets.

Christine Lagarde, head of the International Monetary Fund said on Sunday that financial markets were surprised by the UK's decision, but stresses that things were "under control" and that there was "no panic".

Elsewhere, Japan's Nikkei 225 index gained 1.7% on Monday after losing around 8% on Friday.

Jeremy Cook, chief economist at World First, said: "We are still looking for another 10% fall for the pound against the dollar in the coming months as data confirms the economic slowdown and monetary policy expectations increase.

"The funding position of the UK, with its twin current account and fiscal deficits, are the next pressures to weigh."

Separately, the return on UK government bonds dropped to its lowest ever level, hitting 0.993% - the first time it has ever fallen below 1%.