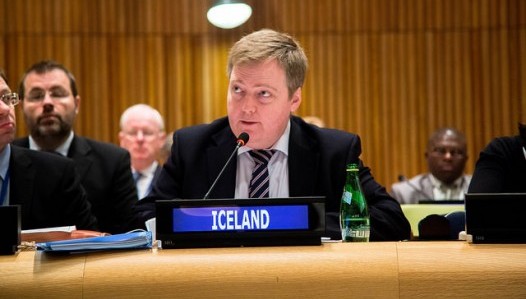 His resignation is yet to be officially agreed by the President or the coalition government, but agriculture and fisheries minister, Sigurður Ingi Jóhannsson, revealed the news to state broadcaster RUV.

An estimated 20,000 protesters descended upon the Icelandic Parliament, calling for Gunnlaugsson to step down immediately and hold an emergency general election.

It comes after Gunnlaugsson was named in the Mossack Fonseca data leak, highlighting hundreds of tax avoidance and money laundering schemes around the world, including 72 former and current state leaders.

He has been accused of shielding millions of dollars in hidden family assets after it surfaced that he owns an offshore company with his wife. He did not declare an interest in the company when he joined Parliament in 2009, and sold his 50% stake in Wintris to his wife Anna Sigurlaug Palsdottir for $1 eight months later.

Mr Gunnlaugsson claims he has done nothing wrong and that his wife did not benefit financially.

But court records show that Wintris held investments in bonds of three of Iceland's biggest banks that collapsed during the financial crisis. Gunnlaugsson was then involved in the negotiations and talks about the future of those banks, seemingly knowing that the outcome of the discussions would have an impact on his wife.

The so-called 'Panama Papers' even forced David Cameron to defend himself against allegations of using offshore companies for tax avoidance purposes, after the documents showed that his father, who died in 2010, used Mossack Fonseca. The leak also revealed a money laundering trail linked to Russia President Vladimir Putin.