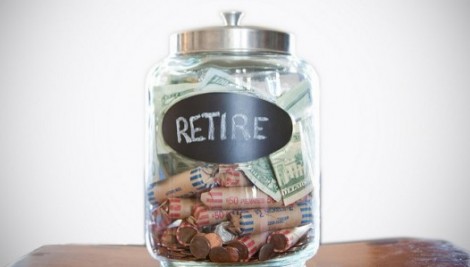 All Work and No Play: survey reveals that over 1 in 5 Brits think they will never be financially secure enough to retire: Peer-to-peer lending platform Lending Works surveyed 1,500 non-retired adults in the UK (YouGov), and made some worrying discoveries. Firstly, over one in five of those who aren’t yet retired – 22% - gloomily believe they they’ll never be financially secure enough to retire. This suggests they have visions of working until they drop, as they won’t be able to afford to stop earning money. This pessimistic view is highest in the 35-44 year old category, with 25% of them not seeing themselves as ever being financially secure enough to retire, although only 17% of 18-24 year olds, who technically have more time to start saving, agree. And countrywide, the outlook is bleakest in the West Midlands (27%), perhaps due to relatively high unemployment, compared to only 19% in London, where there are, theoretically, more jobs.

The main reason, of course, that we can’t see ourselves retiring is because we can’t afford to. Over a third of non-retired adults – 34% - don’t save a single penny towards retirement each month. Let’s face it, it could be that when you’ve got bills and rent to pay, you’re trying to feed yourself and your family, you’ve got to pay for your transport to work and you also want to have a social life, sparing a few pence, or pounds, for the future tends to slip far down the priority list… And women are guiltier of this than men, with 41% of non-retired females not saving towards retirement, compared to 26% of men.

So who does manage to put a few pennies away for a rainy day? Interestingly, the survey found a correlation between retirement saving and choice of social media. Over half of people who use LinkedIn – which, let’s face it, is a career-focused network aimed at higher-earning professionals – contribute 3% of their salary or more to their pension pot each month. This drops to 32% for those who use Facebook and Twitter – who, perhaps, tend to be younger and not as well established yet in their careers – and 29% for those who use Google+.

"‘It is clear from this research that many Brits are quite pessimistic when it comes to the future,’ commented Nick Harding, CEO and co-founder of Lending Works. ‘It is also particularly concerning to see how many people aren’t planning adequately for their retirement, although it is perhaps somewhat understandable given the slow economic recovery and poor returns on savings currently available.

"But with a growing number of alternatives to the established avenues for saving, there are still many ways in which consumers can get on top of things, and thus leave themselves in good shape by the time they reach traditional retirement age."