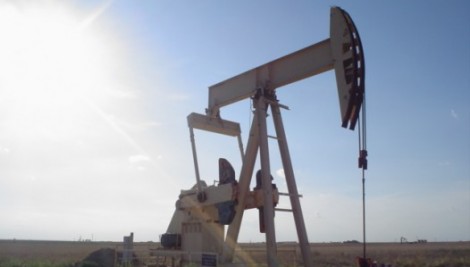 The oil price has fallen back in recent days; the reason appears to lie with what happened several years ago.

Time, it takes time. The oil cycle turns slowly. And it turns slowly in part because there is a major time lag between investment and resulting rises in productivity.

The oil price has fallen in the last few days with West Texas Intermediate crude oil down from $54 a barrel at the end of last year, to under $51. Although the UK has not benefited so much, as sterling has also fallen against the dollar over this period. In fact, the sterling price has fallen from £44 to £42 a barrel.

But this begs the question, why. Why has the oil price fallen?

The Energy Information Administration has said that it expects oil production to rise by 300,000 barrels a day in 2018 compared to this year.

But a bigger factor may come into play.

According to Bloomberg, citing research from Rystad Energy AS, seven of the world’s largest energy companies will collectively boost oil and natural gas output by 398,000 barrels a day this year, and by even more in 2018.

And the reason is simply that the effects of investment, made before the oil price crashed a couple of years ago, is just beginning to be felt.

"The oil majors aren’t increasing their drilling budgets. Instead, they’re benefiting from money invested before the rout," said Bloomberg.

It quoted Mark Tabrett, a London-based analyst at Bernstein as saying: "They could hit a sweet spot this year. Heavy investments of previous years are paying off with more production, costs have been cut and the companies are in a position to take advantage of that when oil prices rise.”

Well, maybe, but if oil production is set to rise as a result of what oil companies did earlier this decade, the oil price may not rise so fast, and that elusive sweet spot may stay precisely like that – elusive.