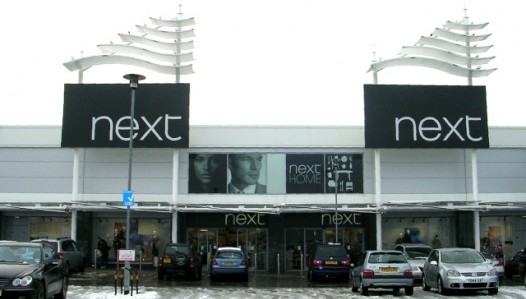 Next has cut its sales forecast for a third time in five months following the impact of colder spring weather.

The fashion and home retailer cuts its full year forecast after total sales in the three months to 2 May were down 0.2% on the same period last year, with full price sales dropping 0.9%.

Next blamed colder weather in March and April for the falls. Ordinarily, consumers would start to buy summer clothing particularly in April as temperatures start to rise.

As a result, the retailer now expects sales for the year to fall between a 3.5% decline and 3.5% rise, having previously forecast a range of 1% fall and 4% rise for the year. The company also cuts its profit forecast for the year. Earlier estimates showed a £784m-£858m range, but Next now expects profits of between £748m and £852m.

In March, Next said 2016 could be its toughest year since 2008 - at the height of the financial crisis.

In a statement, Next said: "We believe it is unlikely (but possible) that sales will deteriorate further, and we have seen a significant improvement over the last few days as temperatures have risen.

"However, the poor performance of the last six weeks may be indicative of weaker underlying demand for clothing and a potentially wider slowdown in consumer spending."

Julie Palmer, partner and retail expert at Begbies Traynor, said: “Previously an example of stability in an otherwise rocky UK retail sector, Next has without doubt hit a rough patch."

She added: "After CEO Simon Wolfson warned in the company’s disastrous Christmas trading update that 2016 would be a challenging year, it seems that sales during the first quarter have yet again come in below expectations as the early onset of Easter combined with highly irregular weather exacerbated the retailer’s problems.

“Adding to its woes, Next has failed to maintain the support of its historically loyal shareholder base, with the Group’s share price plummeting more than 30 percent since the start of the year, as investors seemingly took their profits and ran. Worryingly the upcoming EU Referendum could further dampen the retailer’s spirits as both consumers and investors alike take a more cautious approach to their finances ahead of the Brexit vote."