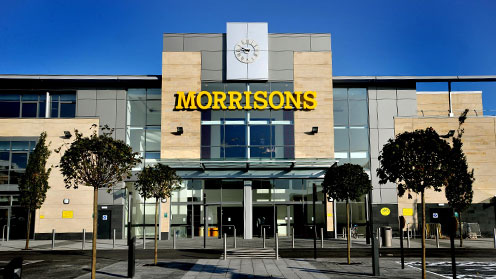 Morrisons has reported another fall in its sales as it reduced the of promotional vouchers issued.

Like-for-like sales, which exclude new stores and fuel, fell 2.6% in the 13 weeks to 1 November. Before the start of the supermarket price war, anything more than a 1% drop in like-for-like sales was considered a huge fall.

Chief executive David Potts was upbeat, despite the relatively large fall, saying Morrisons was "making good progress in many areas". He also pointed to a 1% rise in online sales.

The supermarket chain also stressed that it expects profits to be higher in the second half of its 2015-16 financial year than in the first half.

Morrisons shares fell nearly 4% following the announcement of the results.