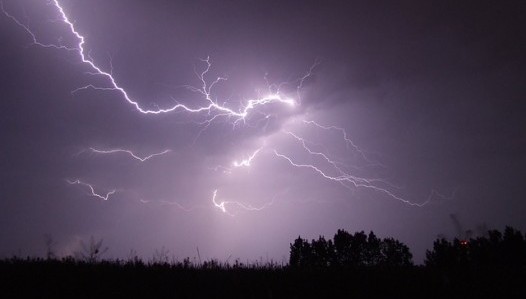 Recent stock market falls are nothing to be worried about, we are told, normal service is about to be restored, as markets regain their upwards trajectory, but is such a view right? There is at least one good reason to think it isn’t.

A narrative has emerged that the falls in the stock market seen last week and early this, were just a one-off. A hiccup. Or what they are calling a correction. See it in terms of a session in the gym and having to stop for a few moments, to take a breather, before a gruelling 15 minutes on the treadmill.

The narrative continues, history tells us that in the story of any bull market - when stocks enjoy strong growth for an extended time-frame - the odd fall is inevitable. Sure stocks fell sharply recently, but even so, on Monday night, after the Dow Jones - the stock index that tracks 30 of the largest companies in the US - suffered its biggest intraday fall ever, was still merely at a two month low. Back in early December, the index was making headlines for reaching, for the first time ever, the kind of level it fell to on Monday.

Sven Balzer, Head of Investment Strategy at Coutts, said: “In our view, this is a short-term correction driven by technical factors rather than concerns about the underlying economic picture or corporate health. While this can be unnerving for investors, we see a robust economic and corporate environment that should continue to support equities.”

Jacob Deppe, Head of Trading at online trading platform, Infinox, comments: “While the fall in global equity markets looks dramatic, it is no more dramatic than the record rises we have seen since the end of November. For that reason alone many would argue a correction was on the cards. The party may be over for now but this could be more of a sobering correction than a rout.”

The big fear is that the US is set to suffer rising inflation on the back of rising wages. But Mr Deppe was not convinced saying: “Looking at the economic data, US wages rose by 2.9 per cent in January but annual wages were rising most of last year, so why is it going to create inflation now.”

Both Mr Deppe and Balzer may be right.

But there is another point.

At a time when the US is close to full employment, President Trump is planning a massive tax cut and spending on infrastructure.

If these programmes create the extra demand the President is hoping for, where will the labour come from to fill the new jobs being created?

US companies may fill the jobs with machines of course, fuelling a boom in productivity, but these things never work out precisely as intended. If the Trump stimulus goes ahead, sharply rising inflation should be the result - the Ted Heath government in 1970s UK tried something similar, boosting a buoyant economy, the result was a massive hike in inflation.