Markets fret, over US election fears – but they are not panicking yet 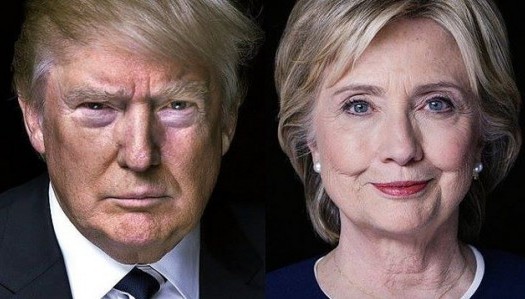 Markets have been in a selling mood – although the media is exaggerating the extent of the falls. But a new fear is spooking the markets regarding the US election, what happens if the result is so close that it is practically a tie?

The possibility that is especially worrisome relates to what might happen if ‘The Donald’ wins the majority of votes, but ‘The Hillary’ wins the Electoral College votes.

We have been here before, not that long ago. In the battle between Al Gore and George ‘Dubya’ Bush, the Democrat won a small majority of the votes, but he won them in the wrong places and the ultimate winner was determined by just one swing state, Florida. And even then, the vote in Florida was so close, that there was a re-count.

The final result was declared on December 12th, 2000, one month after the election. But back then politics was, well excuse the use of the ‘wishy washy’ word, it was nicer.

This time around, such a close call could lead to a pretty nasty reaction.

Back in 2000, the US stock market fell by almost five per cent during the week after the election. But in 1948, when President Harry S Truman defied the clear predictions of the opinion polls and won a second term in office, US stocks fell by ten per cent.

At the moment, across the markets, we are seeing falls, but frankly they are quite gentle. The Dow Jones has fallen to its lowest level since July, in the UK the FTSE 100 is at a four week low – hardly the stuff of panic.

Given the remarkable roller-coaster course this US election has traversed, this is itself surprising.

But, as Andrew Hunter US Economist at Capital Economics said: “The S&P 500 index has been loosely tracking Hillary Clinton’s odds of winning this year and it fell sharply as news of the FBI Director’s letter to Congress broke last Friday. The decline is not just because the stock market is nervous about Donald Trump’s more over-the-top claims about starting a global trade war and restricting immigration. It also reflects the reality that even if Clinton now wins, her authority and mandate will be damaged by the series of probes into her past conduct.”

There’s only one thing we can say for sure about how this US election will turn out, and that is this: it won’t be boring.