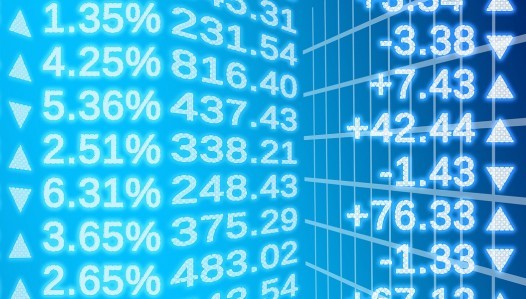 Earlier this week, it was told here how the data on the US economy is actually looking rather good, with US consumer confidence at a nine-year high, US unemployment at a nine-year low, purchasing managers indexes tracking both US manufacturing and non-manufacturing jumping nicely in November, and the latest data on US GDP has the economy growing at an annualised rate of 3.2% in the third quarter.

It is hard to recall a more benign set of economic indicators – at least not this side of the 2008 crash.

It is boom time for the markets, and on this occasion the economic data seems to agree.

So, how much of this is down to some kind of Trump effect?

It may seem ludicrous to credit Trump with any of this, after all, he won’t move into the White House until next month. But economic theory reckons expectations are critical.

This may be true, but the US consumer confidence index had been faring well for some time, US non-farm payrolls have been rising steadily for several years, and recall, that while it is good to see the data for US GDP in Q3 revised upwards, in the third quarter, the period it relates to, Hilary Clinton was the outright favourite to become president.

The US election result may have given a boost, but only to confirm a trend that was already in place.

Likewise, US stock markets have been hitting new highs for several years. The Dow Jones, for example, broke the 2007 record around four years ago, and has been steadily rising since.

But anecdotal evidence suggests that the markets are indeed celebrating over the prospect of Trumponomics.

Others compare Trumponomics with Reaganonomics.

And this is where things get odd. If you are a climate change believer, then you may react with horror to the news that Scott Pruitt, Oklahoma attorney general, and climate change cynic, is to head the Environmental Protection Agency. Climate change denial may be good for the oil industry in the short run, but is it good for planet earth? And in the long run the interests of the world we live in and the global economy are aligned.

Others argue that the rising discontent we are seeing manifesting itself across the world is partially caused by lighter regulation and the reforms espoused by Thatcherism and Reagonomics, so if that is right, it is hard to see how lighter regulation will help.

At a time when popular discontent is partially aimed at bankers, we see the promise of lighter banking regulation.

And while Obamacare was designed to support poorer Americans who were otherwise unable to afford healthcare, it is hard to see how a move away from this towards tax cuts, which primarily benefit the richer people in the US, will alleviate discontent.

Maybe The Donald has got it right, maybe his policies will create a boom and much of the new wealth created will trickle down into the pockets of ordinary Americans who voted for him in such numbers.

But it is tempting to suggest at this, admittedly very early date, that Trumponomics will do little to solve the underlying problems, and that while the markets may celebrate over short-term fixes, they are, in theory, meant to discount long-term implications too, and it does rather seem that they are not doing this.