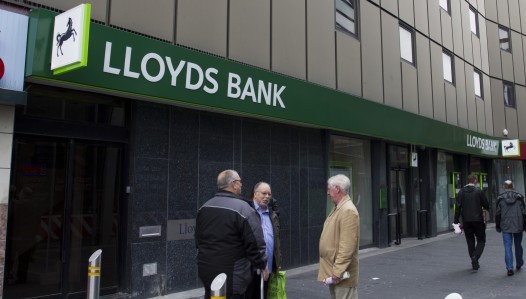 The chief executive of Lloyds Banking Group has hailed the company's "robust" performance in the first quarter of 2016, despite a fall in profits.

The bank, still part-owned by the taxpayer, reported a 6% dip in underlying profits to £2.05 billion in the first three months of the year. Pre-tax profits fell by a half to £654 million, largely due to a £790m costs of buying back bonds.

Total revenues fell 1% to £4.38bn as its retail banking division helped to offset declines in its insurance business - a key component of the "simple, low risk business model" introduced in recent years following the financial crisis.

The bank did not set aside any further funds for compensation relating to PPI claims.

Earlier this month, Lloyds Banking Group issued a statement warning of the "economic uncertainty" that would be created by a Brexit, if the public voted for the UK to leave the European Union.