Is the tech boom set to snap? 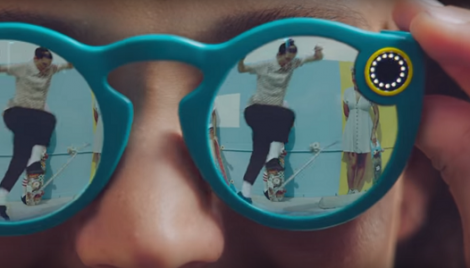 Snapchat is coming to the stock market, and it will receive a whopping valuation. Will this be followed by a new tech crash?

“Technology, really, I prefer bricks and mortar,” or so became the accepted wisdom in the years following the dotcom crash of the year 2000. For a few years, techs were seen as yesterday’s story, ‘pity the poor guy with coding skills’ went the narrative. If you had an idea for an internet company, and you presented it to investors, you would have got a funny look – you were ‘flogging a dead horse’ they would say.

Maybe there are two lessons we can take from that. First off, in the wake of the crash, hardware costs crashed too, talent became cheap, and these lower costs helped make the next step in the technology revolution possible.

Maybe there is a third point: technology cynicism is at its height just before technology booms.

Are tech stocks over hyped as of this moment? Maybe. Will the big techs be worth an awful lot more money in ten years’ time? Probably. That just leaves the problem of timing – no one can second guess that.

Snapchat, or Snap, as it is now called, is set to raise $3 billion, its market valuation could be as much as $25 billion, not bad for a company that lost $515 million in 2016, and which says it is not likely to make a profit soon.

Okay, it has 158 million users, but then Facebook has around ten times more than that.

But it is the parallels with Facebook that are creating excitement in the IPO. Since its IPO, the Facebook share price has risen almost ten-fold. Its market cap is now $385 billion.

There is a sense of déjà vu. When it was floated in 2012, Facebook seemed to be allergic to the idea of making money. Its IPO price looked absurd. But then the company made a profit of $3.6 billion in the latest quarter. It has defeated its allergy. Facebook now knows how to make money. Whether you think its share price is overvalued depends on your view on how important Oculus Rift can be to the company, and whether its increasing emphasis on video will pay dividends. What we can now say for sure is that recent profits show that the IPO price was not ridiculous as critics said, but a bargain.

As for Snap, the company whose founders turned down a $3 billion offer to sell out in 2013, we can now begin to answer the question, were they right? The likely IPO valuation suggests they were, but only time will tell for sure.

Snap says that these days, it’s more a camera company than a social media site. It’s now got hardware products designed to offer so called frictionless sharing. The hardware market Snap is trying to make its own, has, in this era of virtual and augmented reality, the potential to be huge. Apple has demonstrated that there are big bucks in hardware. Maybe Snap can do the same.

As for the possibility of a tech crash? Maybe a mild one is in the offing. But with the internet of things, and wearables, augmented and virtual reality, health-tech and edu-tech set to spark a new revolution, and one that may gather moment far faster than the last one, the recovery from a tech crash may be much more rapid this time.