Is Lloyds of London set to become Lloyds of Brussels? 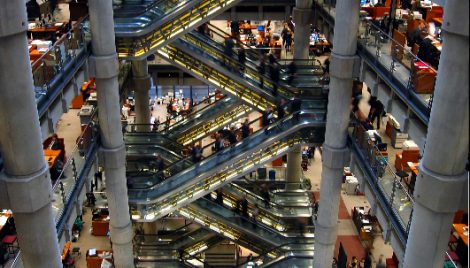 Actually, there is no talk of the entire franchise board uprooting, it’s London base will remain core. Even so, the move to Brussels, expected to be announced today is hugely significant, Lloyds of London was founded in 1688, and ever since then it has made London its home.

These may sound like small numbers, but the move would be massively symbolic – after-all, Lloyds of London is often seen to symbolise the strength of the city.

The big wigs at Lloyds of London, its chairman John Nelson, for example, were keen Remain supporters. Mr Nelson said last year that it “won’t be Lloyd's losing out, [from Brexit] it will be the UK."

And its chief risk officer Sean McGovern, said last year that the UK leaving the EU would "create a level of uncertainty, for Lloyd’s, for the London market, as well as the UK and European economies, we have rarely experienced".

The thing about the City is that it benefits from a network effect. The combination of so many key financial players in the city creates a highly effective ecosystem. The loss of 100 jobs won’t make much of a dent – but if it is a sign of things to follow, that may be more serious. Besides, lots of other businesses depend on Lloyds of London.

Meanwhile, Capital Economics reckons that Theresa May has already scored a minor victory.

The EU has, up until now, stuck to the principle that trade negotiations cannot proceed until after the formal withdrawal agreement is reached. But yesterday it said “should substantial progress be made towards a withdrawal agreement then talks could start on the possible transitional arrangements on the basis of the intended framework for the United Kingdom’s future relationship with the EU.” Is that a compromise, already?

Jonathan Loynes, Chief Economist at Capital Economics said: “This will be seen as something of an early victory for the UK. In return it has perhaps softened its own line a little on the exit bill which will be agreed ‘in the spirit of the UK’s continuing partnership with the EU.’”