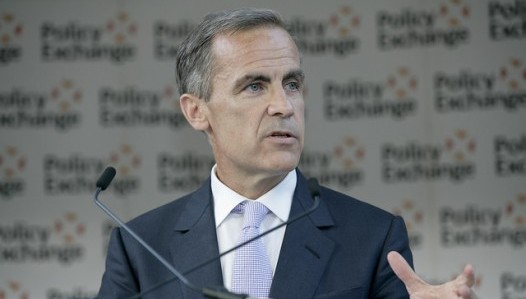 The Bank of England is likely to cut interest rates to a new record low in July as the country continues to deal with the fallout of a Brexit vote.

Having shown signs of clawing back some of the losses witnessed after the referendum, the value of the pound dropped around 1% after the comments.

"In my view, and I am not pre-judging the views of the other independent Monetary Policy Committee (MPC) members, the economic outlook has deteriorated and some monetary policy easing will likely be required over the summer," Mr Carney said.

Although he did not specify what steps the Bank of England would take, it is likely to see interest rates drop from the current all-time low of 0.5% - where they have been for more than seven years - to as low as zero. That will make it cheaper to borrow money, but provide lower returns for savers.

Another step the Bank could take is to increase quantitative easing, meaning the central bank would pump more money into the banking system. The UK's QE programme is already at £375 billion.

The Bank's economic forecast is somewhat uncertain and increasingly gloomy. Earlier this year, it cut its forecast for 2017 from 2.3% to 1.6% - and that was based on the country voting to stay in the European Union.

"It now seems plausible that uncertainty could remain elevated for some time, with a more persistent drag on activity than we had previously projected," the governor said in a response to questions from journalists.

While accepting the risks of increasingly economic stimulus, Mr Carney warned that it would not be enough to offset the impact of the Brexit vote.

He said: "As we have seen elsewhere, if interest rates are too low - or negative - the hit to bank profitability could perversely reduce credit availability or even increase its overall price.

"The future potential of this economy and its implications for jobs, real wages and wealth are not the gifts of monetary policy makers.

"This will be driven by much bigger decisions; by bigger plans that are being formulated by others."