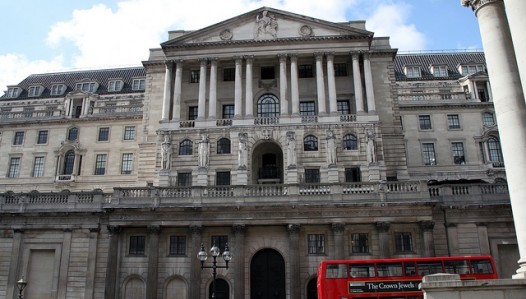 The prospect of the Bank of England cutting interest rates to 0.25% on Thursday is a "foregone conclusion", after activity in the services sector plunged in July.

Chris Williamson, chief economist at Markit, which conducted the research on the services sector, said: "A quarter-point cut in interest rates therefore seems to be a foregone conclusion... though the extent and nature of other non-standard stimulus measures remains a far greater source of uncertainty."

Markit's Purchasing Managers' Index (PMI) survey score fell to 47.4 in July, down from 52.3 in June. Any figure below 50 indicates a contraction. And this is the single biggest sector in the services PMI since it started in 1996.

This is also the first real, concrete indicator of economic performance following the Brexit vote, with the services sector accounting for around 75% of UK GDP. Because the UK economy is so reliant on the services sector, it means that a contraction there is big news. Of course, these are figures just for July, whereas GDP figures are reported in much more reliable quarters. But such a contraction of services following the Brexit vote could be the first signs of the economy falling into recession by the end of the year.

The survey also showed that confidence among services firms for the year ahead dropped to its lowest level since February 2009.

Jeremy Cook, chief economist at World First, said: "Another day, another indicator of UK economic performance falls to a seven-year low. The 4.6 point fall in the strength of UK economy between June and July is the largest decline in the near 20 year length of the survey and backs up the belief that the most important sector within the UK economy took a substantive body blow in the weeks post-Brexit.

"That is not to suggest that this will continue. Uncertainty in these numbers are high and one cannot legitimately predict a recession off one month's numbers; one swallow doesn't make a summer and nor does one frost make a winter but a continuation of this trend will se Q3 GDP fall into negative territory."

While Chris Williamson was adamant that the Bank of England will tomorrow announce a cut in interest rates, Jeremy Cook is less convinced.

He said: "The key question now for sterling is whether the two weeks between the flash PMIs and these final numbers have further driven MPC members into a mind-set of stimulus. The flashes were enough to prompt Bank of England member Martin Weale to retreat from a rather hawkish stance and instead back stimulus at this Thursday's meeting; will a further dip in the composite PMI have strengthened that assertion?"

Markit's survey on the construction industry painted a similarly gloomy picture on Tuesday, which the PMI dropping slightly from June's 46 to 45.9 - signalling further contraction after the EU referendum result.

However, Ruth Gregory, UK Economist at Capital Economics had a slightly more positive take on the data. She said: "Given that the survey was conducted fairly soon after the referendum (between 12 and 28 July) there is a possibility that this could reflect an initial shock factor.

"Meanwhile, other surveys haven’t been quite as downbeat. July’s CBI Growth Indicator points to an easing in growth ahead rather than an outright contraction in output. And the Bank of England’s Agents recently reported that a majority of firms did not expect a near-term impact from the referendum outcome on their investment or hiring plans.”