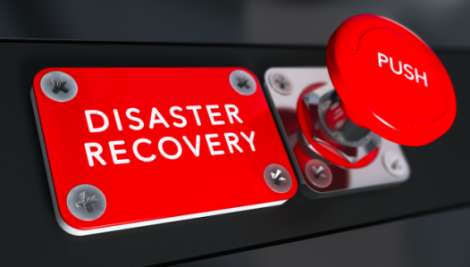 Read the latest musings from the Institute of Fiscal Studies and Resolution Foundation, and you could be forgiven for thinking that the UK economy is on a one-way course to disaster, in fact, the opposite is true. The UK should be able to enjoy boom, and the reason is technology.

Read the latest musings from the Institute of Fiscal Studies and Resolution Foundation, and you could be forgiven for thinking that the UK economy is on a one-way course to disaster, in fact, the opposite is true. The UK should be able to enjoy boom, and the reason is technology.

The Institute of Fiscal Studies (IFS) has been painting a nasty picture. It has been busy analysing the latest figures produced by the Office of Budget Responsibility (OBR). And says that if the OBR is right, then it will mean that real wages (that’s wage increases minus inflation) will eventually have stagnated for 20 years.

Meanwhile, the Resolution Foundation has said that the UK is on course for seeing it’s worse run of falling living standard in 60 years.

As Lord Adair Turner, of the Low Pay Commission said: “The UK over the last 10 years has created a lot of jobs, but today, real wages are below where they were in 2007.”

It all emphasises the baby boomers versus millennials debate. The baby boomers accuse the youngsters of being spoilt little darlings, but the generation that was lucky enough to live in an era of peace, did not suffer like their elders, those who did fight in world wars, was the truly spoilt generation, never experiencing an economic stagnation like this.

There is a problem with the problems defined by the OBR, IFS, Resolution Foundation, and all the other think tanks, forecasting groups and acronym laden groups participating in the debate.

As the economist JK Gabraith once said: “The only benefit of economic forecasting is that it makes astrology look respectable.”

But there is something else about economists, they are lousy at factoring in technology.

The new technological revolution has begun. It is set to get faster. Innovation is set to occur at a pace that has no precedent.

In such times, how is it possible for wages to stagnate?

Well, maybe technology is the problem. We are seeing a winner takes it all economy – a handful of highly productive, enormously valuable companies, with a low staff count, and the rest who employ cheap labour - no need to worry about investment when labour is so cheap.

That’s one explanation, but it is not complete.

Technology will also make us less wasteful of resources. AI and big data will be better at ensuring the customer gets what she/he wants. The Internet of Things will transform industry, making it much more efficient, super materials may give us clothes that are impervious to water, meaning they may never need washing, and made of materials that are virtually indestructible. The falling cost of renewables means energy costs will fall. The convergence of the sharing economy with autonomous cars will reduce the cost of travel, increase its efficiency.

How is it possible for the economy to be so stagnant in such times?

It is just that the lesson of history is that economic hardship often corresponds with innovation. The greatest era of technological revolution to date occurred in the 1860-1914 period, it was followed by two world wars and a Great Depression.

The insight that followed the last world war was that innovation does not create economic boom unless it is combined with fiscal stimulus, and measures to reduce inequality.

It is no coincidence that inequality was at its lowest during the era of the UK’s golden age of growth - the 25 years after World War 2.

The era that is set to follow does not have to see stagnation. If we say that growth will be weak, therefore there is no money for the government, then we will get a self-fulfilling prophecy. If we instead see measures to stimulate the economy: investment in infrastructure, technology and entrepreneurs, the economy will boom. Mr Hammond did reveal plans along these lines in his Budget, but they lack ambition, the UK needs something on a much bigger scale.