How Rishi Sunak can grow the economy despite the oncoming recession

By Dylan Jones-Evans, Founder of The National Start-up Awards 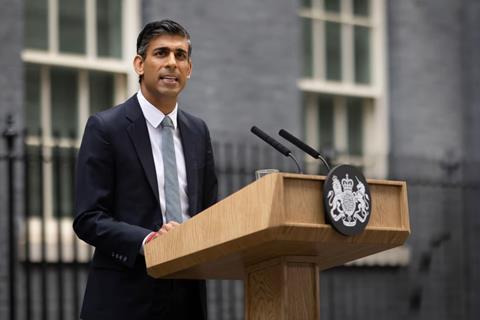 Since the UK’s first Indian-origin Prime Minister was asked to form a government by King Charles III two weeks ago, many are still trying to work out how Rishi Sunak will work with his colleagues to close the massive hole in public finances and reduce the impact of increased energy prices.

The forthcoming Autumn Statement has not been made any easier by the Bank of England’s decision to raise interest rates to 3% last Thursday.

The rationale for this increase, as has always been the plan from Threadneedle Street, is to bring inflation under control when there are fears, if the issue of rising prices is not addressed, that it may become embedded into the economy with catastrophic results.

However, this decision will not help those many households and businesses that, in the short term, will face a rise in borrowing costs at a time when other financial pressures such as wage costs and energy bills are also increasing.

The Government will rightly argue that it is the job of an independent Bank of England to control inflation and like other economies around the world, rising inflation is something which is largely out of their control. Indeed, the decision by the Federal Reserve in the USA to raise interest rates again to 4% in the USA shows that even the World’s largest economy is not immune to the slowdown being experienced across the globe.

In the UK, rising gas and oil prices have fed directly into the increase in inflation experienced here in the last few months and the intervention to support families and businesses through energy caps may help with reducing its impact on inflation over the next few months.
What is currently out of Mr Sunak’s control is the fact that it is not only the cost of fuel that has increased with food inflation also having risen at its fastest rate this century. This is not something that has just happened in the last 12 months and as the Economist recently pointed out, the cost of basic staples such as food, rice and meat had been going up well before the Russian invasion of Ukraine.

But in many respects, inflation is only a small part of the massive challenge facing the new Prime Minister at a time when the UK is facing a massive hangover from the Covid pandemic. This includes not only paying back the hundreds of billions of pounds spent on ensuring the country survived this once-in-a-century global phenomenon but also addressing the resultant backlogs in a stretched-to-the-limit NHS and ensuring the economy restarts at a time when there are labour shortages in many sectors.

The latter issue is hitting the economy harder than anyone imagined, as this is not only driving wage inflation as demand outstrips supply but is resulting in industrial action from those who feel under-appreciated and underpaid in key jobs.
Add this to the fact that the markets, especially after what happened recently with the previous Truss-led administration, now expect a clear strategy for prudence and a plan that will deal with the expected black hole in the public finances.

Yes, I agree with the recent Times leading article that shielding households from the erosion of real incomes and rising interest rates, while taking no risks with the public finances, will be how Rishi Sunak will be judged over the next two years of his premiership.

Faced with these challenges, you would think that it would be difficult for any Prime Minister to focus on anything but these specific problems, especially given that the Bank of England has predicted the longest recession in over a century.

And yet as every entrepreneur knows, recessions can also be an opportunity to do things differently and whilst the UK Government is dealing with these critical fiscal challenges, there is no reason why it cannot also focus on wider economic policies that could help grow the economy.

The first of these is clearly the levelling-up agenda which has lost focus over recent months and the re-appointment of Michael Gove to lead the Levelling-Up Department is a welcome step in the right direction. Ensuring that economic prosperity reaches every part of the UK must now become a key part of government policy for the next two years and beyond, improving productivity across the nation and addressing the regional imbalances of the past, much of which can be done within the existing funding framework.

For example, there needs to be an urgent need for UK research and innovation funding to be devolved to remedy the regional imbalance in government R&D spending and to attract a higher level of innovation spending by businesses in the less prosperous areas of the UK. There also needs to be a greater focus on entrepreneurship to ensure that potential wealth creators are supported properly to grow their businesses, especially in the poorest parts of the UK.

In addition to innovation, other key inputs into improved productivity include developing the skills agenda, especially the digital skills required by the industries of the future and encouraging more capital investment by the business sector. Both can be helped by offering greater encouragement to businesses to invest in upskilling their workforce and improving capital allowances, potentially through tax incentives.
Finally, we must never be in a situation where we are reliant on other nations for our energy needs and there must be a clear strategy that combines investment in sustainable energy with greater energy efficiency in both homes and businesses.

I am sure not many of us would want to be in Rishi Sunak’s shoes at this moment and he has a difficult couple of years ahead of him in managing public finances during a recession. Whilst this must be a priority over the next few months, he must also not lose sight of the opportunities he now has to present a proactive economic and business agenda that establishes energy security, helps level up the nation, and delivers growth