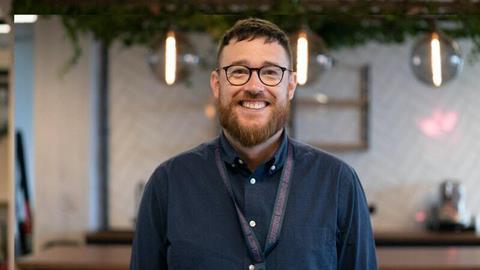 How a few drinks led to one the UK’s fastest growing Social Media Publishers: Electric House

Lee Wilcox, self-described ‘techie nerd’ and podcast host is CEO of Electric House, one of the fastest growing social media publishers in the UK. Lee tells us how being a multi-GBEA award winner impacted his entrepreneurial journey for the better.

It’s tough finding Lee WIlcox these days. If he’s not buried under an ocean of all his awards, you’re going to have to pull him out of his podcast or away from his family. As if that wasn’t enough, the busy dad is CEO of Electric House, one of the UK’s fastest growing social media publishers to date.

Electric House doesn’t fail to impress, and neither does Lee. Read on to learn about Lee’s originally alcohol influenced success.

Our 0121 podcast guest this week is @CWolfe_LAB , founder of Law and Broader!

What started as a single YouTube channel to support those wanting to get into Law has spread to an educational initiative across Instagram and TikTok with a collective social following of over 55k. pic.twitter.com/JOYd8JRUAb

This is also why this year, the finalists were announced in a series of category-based workshops, presented in partnership with Funding Options. Each announcement was a 20-minute session featuring a Q&A with a previous GBEA winner before moving on to the much-anticipated big shortlist reveal.

Drinks that make you think

TikTok, Twitter, Instagram, Facebook or even MySpace, Whatever it is, you’ve probably got one. The world has social media fever and that doesn’t seem to be clearing up anytime soon. There is no shortage or evidence to show how crazy things have gotten, with one study reporting a triple in social media users since 2010 to 2020. Platforms can come and go but there’s always something new to take their place and cater to the ever-decreasing attention span of our poor bored brains. Whether it’s someone’s dog doing a spot-on English accent, or a source for what’s going on in the world there’s something for everyone.

There were a lot of steps before Electric House reached its current state, originally over drinks Lee and his co-founder; Adam Barrie, thought of an altogether different idea. Complaining in the garden over a few brews, Adam voiced his distaste for the difficulty behind finding find a plasterer for one of his then many jobs in construction. As a few drinks in you tend to do, the pair then came up with a great business idea – a recruitment app to find tradesmen in the construction industry.

The app subsequently was postponed to the “ideas graveyard”, but the two realised after the process of maxing out 3 credit cards and promoting their Facebook page “On the Tools” that they had created an impressively large community of then 250,000 members. They started to work alongside other construction brands. They created effective and valuable content to help and promote others in the industry. “We then realised we were pretty good at building communities, that’s where Electric House came in, we needed something that would sit above that,” says Lee. After then working alongside the very social platforms they originally promoted themselves on, Electric House was born.

For electricity, you need power, something Lee knows all too well as he described his funding journey. Admitting to getting too hung up on profitability, even going as far to describe such a mindset as “dangerous”. Despite admitting to realising this a little too late and suffering a loss in the finals awards in January there was still a spark left on the horizon.

“We lost the award in the finals in January, then in February we were contacted by KPMG Birmingham, they introduced us to our investor,” Lee says. Loss or no, the apparent notoriety gained from entering the finals opened doors for Lee and Electric House, which received £1 million in funding to get the lights on. After a particularly shocking build-up, Electric House was at full power.

Electric House was growing quicker than anyone could ever fathom and doing campaigns for big brands such as Jewson and Dulux. The rapid growth and experience that comes with it certainly not being lost on Lee, who’s had a much deeper insight into the creative industry than many could hope for.

“Before being in it, it’s just a load of people lying to people about their ideas, but now I deal with it now at a macro level, I now understand the importance it has in the way money is spent.”

Nowadays Electric House is part of a much wider network, alongside On The Tools -  the original Facebook community which now has an audience in the millions, rebranded to the On a Budget Network. Spanning across 8 other Facebook pages, On A Budget averages at 1000 posts a day in a variety of categories including gardening, cooking, parenting and travel. Though even with such an already large scope, Electric House doesn’t seem to be shutting off anytime soon.

Effect of the Awards

For Lee, receiving so many awards ironically put things into perspective. “It’s allowed us to grow up, there’s a certain point you have to mature and look at the ’why’,” he said in the interview. Attributing the aforementioned investment into Electric House to the publicity gained from the awards, a key event in getting the startup off the ground and running. Even with all this success, Lee hasn’t lost sight of his goals.

Lee diverted a little more juice to PR and marketing. “I don’t think we would have done that if we didn’t win the awards. It definitely allowed us to be more confident about what we were talking about,” he says.

I’m sure we’ll be hearing about Electric House in the future and probably many more brands too thanks to Lee and his team, a group brave and talented enough to traverse the bickering and twittering planes of social media and come out on top.