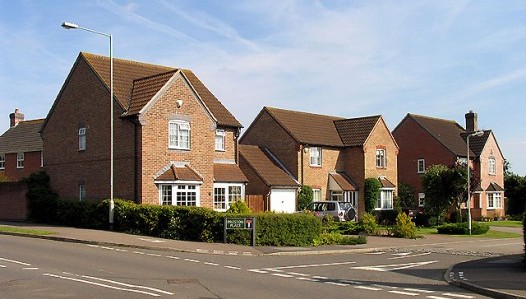 The growth of house prices slowed to less than 5% in April, according to Nationwide Building Society.

Prices were up 4.9% compared with April last year, following growth of 5.7% in March when there was a surge in house buying.

On a monthly basis, Nationwide said prices were up just 0.2% - the slowest rate of growth since November.

However, the slowdown was somewhat expected following record sales in March as landlords sought to snap up properties before April's new stamp duty rise, designed to tackle buy-to-let mortgages, came into force. Figures from HM Revenue & Customs (HMRC) show that 165,400 properties were purchased in March, beating the previous record of 149,000 set in January 2007.

The average house price is now £202,435, based on Nationwide's own lending figures.

The Building Society's chief economist, Robert Garner, said: "It may be that the surge in house purchase activity resulting from the increase in stamp duty on second homes from 1 April provided a temporary boost to prices in March."

Following March's surge, Mr Gardner expects the slowdown in April to start a trend of reduced activity over the next few months.

"House purchase activity is likely to fall in the months ahead given the number of purchasers that brought forward transactions," he said.

"The recovery thereafter may also be fairly gradual, especially in the BTL [Buy-To-Let] sector, where a wealth of other policy changes, such as the reduction in tax relief for landlords from 2017 are likely to exert an ongoing drag."