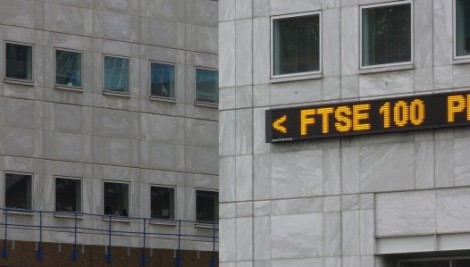 Capital Economics has a theory.

It stated: “This can partly be explained, of course, by the importance of overseas earnings to the companies that make up the FTSE 100.” Well so far, not so much a theory as a statement of the bleeding obvious.

A good number of multinational companies make up the FTSE 100, and when the pound falls, their earnings in foreign countries, which have to be converted into sterling, rise – at least they rise when measured in pounds.

But how much of an effect has this had? One way to tell is to look at other stock indices that have less multinationals and that tend to be more of a reflection of the UK economy. Take for example the FTSE 250.

Capital Economics said: “The FTSE 250 index, comprising smaller companies that are typically less exposed to international conditions, did rather less well. What’s more, the FTSE Local Index, made up of UK companies with at least 70 per cent of their sales going to domestic customers, ended 2016 nearly seven per cent lower than it started.”

But what will happen next?

First, some good news. The latest purchasing managers index measuring UK manufacturing rose to a 30-month high, so that won’t do any harm, especially to the stock indexes that track the UK economy more closely.