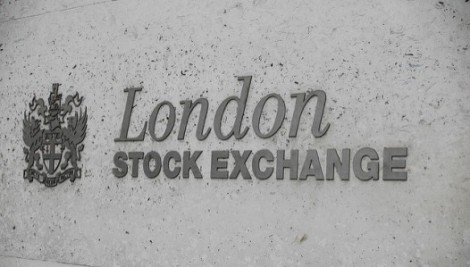 For many people, 2016 will not go down as one of their favourite years, but for stock markets, it has been a hit, and now the FTSE 100 has chosen the last few days of the year to record a new record high. Does this bode well for 2017?

When stock markets soar, there is a trickle-down effect across business, investors, flush with money created by the boom, go forth and re-invest. Private equity booms off the back of that, mergers and acquisitions rise, and entrepreneurs find there are more potential backers for their business, and more potential purchasers too.

The record showing may help support the narrative of the Santa rally – stocks often do well at this time of the year, possibly because fund managers look to invest money before the year is up. Famously, the FTSE 100 closed at a new closing price high on December 30th 1999, hitting 6,930, a record that stayed in place for 15 years.

So why this year? What was so special about 2016 that helped lift the stock index?

Many would argue that 2016 wasn’t just a bad year for the loss of so many celebrities, it was bad for the rise of political extremism, a year that saw echo chambers and false news, where reasoned debate based on factual argument was banished to be replaced by emotional rhetoric, swaying public opinion. At least that is one interpretation. Yet stock markets have soared.

Miners were behind the rally that lifted the FTSE 100 so high yesterday, but suggestions that the commodity cycle has turned the corner have been pushing up on equities for some time. The oil price has risen rapidly in recent months. The price per barrel of West Texas Intermediate oil has jumped from around $40 during the summer to around $54 at the time of writing.

In reality, the boost to the global economy from cheaper commodity prices has been muted at best, and it is worrying indeed that the Eurozone saw such a lacklustre recovery at a time when commodity prices were so cheap – one dreads to think what might happen if commodities rise again.

For stock markets, especially the FTSE 100 – made up as it is of a high number of oil companies and miners – the downward swing in the commodity cycle has not been so good, but recent suggestions that it is turning up have helped boost stocks.

There has also been a currency effect. Many FTSE 100 companies are multinational companies, that see earnings abroad, but which are converted into sterling for reporting results – so a cheaper pound leads to higher profits listed in the pound. The fall in the currency has also made the FTSE 100 look cheaper to foreign investors and buyers.

There has also been a Trump effect. President-elect Trump’s promise to cut taxes and increase spending on infrastructure has led to many analysts forecasting a surge in merger and acquisitions activity and share buybacks, while the infrastructure programme may boost the US economy with a knock-on effect abroad. In the US, stocks have been hitting new highs with such regularity, it has ceased to make the news.

But whatever the reasons, the surge in the FTSE 100 should help boost investor activity in the UK in the months ahead, for entrepreneurs, this is an opportunity.