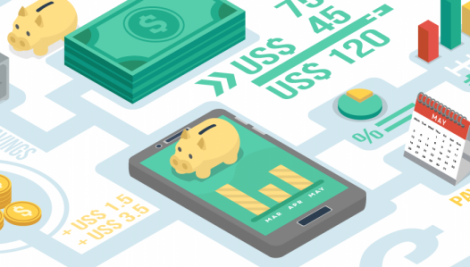 Mark Carney, governor of the Bank of England, and PwC have been busy waxing lyrical about challenger banks and Fintech.

Fintech is beginning to pose a threat to the business model of traditional banks, said Mark Carney, yesterday.

He warned that Fintech could reduce loyalty to existing bank brands, that may in turn reduce the stability of their funding.

“If this happens, the Bank of England would need to ensure prudential standards and resolution regimes for the affected banks are sufficiently robust to these risks,” he said.

The rise of fintech could yet emerge into the core banking challenge for the next ten years.

Competition in the banking business a good thing – that is obvious. But as the bankruptcy of Lehman Brothers demonstrates, when banks fail, the result can be a financial catastrophe that can haunt us for years.

The new breed of fintech companies represent a seriously exciting future for banking, but they bring with them a fair dollop of risk, and regulators have to ensure this risk does not become systemic.

“The challenge for policymakers is to ensure that fintech develops in a way that maximises the opportunities and minimises the risks for society," said Mr Carney.

But then he also said that Fintech could also boost the growth of the UK economy – and is already worth £7 billion and employs 60,000 people.

Meanwhile, PwC has been looking at challenger banks.

But who are they, it asks?

It says “While the [development of challenger banks] is potentially exciting, the diversity of these banks is not widely understood. Too often, it is assumed that the ‘challenger banks’ are all cut from the same cloth, and that they face identical market dynamics.”

In fact, it even suggests that the term ‘challenger bank’ does not “reflect the breadth of these banks’ offerings and varied strategies.” Maybe the words challenger is misleading.

Category one: Mid-sized full service banks are well-known brands, with single-digit millions of customers and between 2,000 and 9,000 employees. It says that these “banks have been moving to digital channels, but believe that physical presence remains important and serve customers with a physical network of up to 600 branches.” Examples include: The Co-operative bank, TSB, CYBG.

Category two: Specialist banks, such as Secure Trust, Aldermore and Shawbrook which have propositions typically anchored around specialist lending and saving.

Category three: Digital only banks such as Staling, Monzo and Tandem, who are targeting so-called ‘digital natives’ and converts.

Category four: Non-bank brands such as Tesco Bank, Virgin Money and Sainsbury’s Bank which have strong and trusted brands and seek to serve the needs of customers who are loyal to these brands.

PwC and Mark Carney are right, of course.

But the likes of Facebook, Apple, Alphabet and Amazon may pose the bigger long-term threat to existing banks.