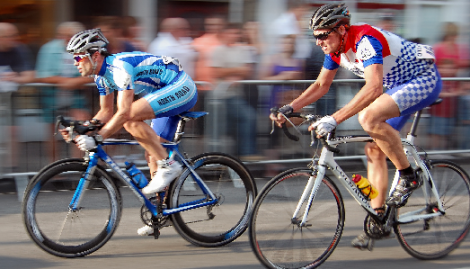 Today we have the complete set – the latest purchasing managers’ indexes covering the UK, and Eurozone. Together they create about a complete a picture we can get for how the economies did in March.

It has been another good month for Germany, not bad at all for the Eurozone, but merely okay for the UK.

For the euro area as a whole, the composite PMI stands at 56.4 and points to a 0.6 per cent quarterly growth rate for the region.

By contrast, the PMIs covering the UK pointed to a quarterly growth rate of 0.4 per cent.

In fact, the data suggests that March was a good month for UK services, with the PMI tracking UK services rising to 53.3, the best reading so far this year, but the construction PMI fell to 52.2, and the manufacturing PMI fell to 54.2. You can see how the UK is currently lagging behind most major euro area economies.

The data points to a pick-up in inflation, too, with, for example, average prices charged by service sector companies increasing at the fastest rate for eight and-a-half years in March.

Chris Williamson, Chief Business Economist at IHS Markit, which compiles the survey: said: "Much of the disappointment in growth so far this year has been evident in consumer-oriented sectors, in part linked to spending and incomes being squeezed by higher prices.

Ruth Gregory, UK Economist at Capital Economics, said: "We continue to think that the support provided by the lower pound and rock-bottom interest rates should prevent growth from slowing too sharply in the quarters ahead. Our forecast is for annual GDP growth of about 2 per cent for 2017 as a whole.”

Returning, the to the Eurozone, Chris Williamson said: "This is a broad-based upturn among the euro’s largest members, with 0.6 per cent growth signalled for both Germany and France, while Spain looks set to have enjoyed 0.8-0.9 per cent growth in the first quarter, according to the PMI data. Growth has also perked up in Italy during the first quarter despite a slight pull-back in March, with the surveys indicating a 0.3-0.4 per cent expansion. Most welcome for a region still suffering near double digit unemployment is a rise in the survey’s employment index to its highest for almost a decade, suggesting we should expect to see the jobless rate fall further in coming months.”