English businesses to get £1,000 trainee fund 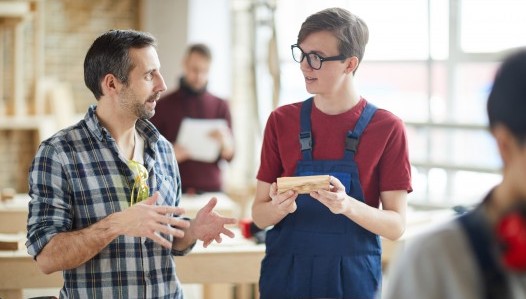 Businesses in England will receive £1,000 for every new traineeship they create as part of plans to avoid mass unemployment post-Covid19, the Chancellor will announce this week.

As part of a wider brief on the government's plans to support the economic recovery, Rishi Sunak will explain the £111 million support which is hoped to support 30,000 new traineeships.

Lasting between six weeks and six months, traineeships provide class-based learning in maths, English and CV-writing alongside up to 90 hours of unpaid work experience.

In a statement, the Treasury said: "Young people's employment prospects are expected to be disproportionately affected by the economic fallout of coronavirus."

"Expanding traineeships will be part of a wider package to support young people and to ensure they have the skills and training to go on to high quality, secure and fulfilling employment," it added.

According to the Treasury's figures, three quarter of those who complete traineeships go on to full-time employment or study within a year. In comparison, three quarters of 18-24 year olds not in employment, education or training for three months will continue to be economically inactive for a further 12 months.

Speaking to the BBC, David Hughes, chief executive of the Association of Colleges, said: "We know that young people get treated very badly in recessions and will be at the back of the queue for jobs.

"What we want is a whole range of actions that the government can take: put money into colleges to give them a chance, incentivise employers to take on trainees, but also take on apprenticeships as well."