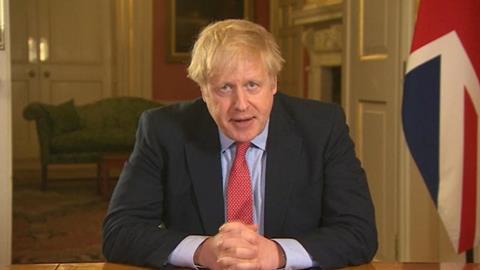 England to go into second lockdown

If approved by MPs this week, the lockdown will start at 00:01 on Thursday and run until Wednesday 2 December.

Non-essential businesses, including retailers, pubs, restaurants and cafes will be forced to close. However, as in March, takeaway and delivery services will be permitted to stay open. People will be required to stay home unless for education, to buy food, for medical reasons, to work if they cannot work from home, to care for the vulnerable and to exercise. Education settings, including nurseries, schools, colleges and universities, will remain open.

With several fresh forecasts all predicting cases rising considerably faster and higher than SAGE’s recent ‘worst case scenario’ projections - one of which suggested there could be as many as 4,000 deaths per day - Mr Johnson said ‘no responsible Prime Minister could ignore’ the numbers.

Speaking to the BBC’s Andrew Marr Programme, cabinet minister Michael Gove said the government could not rule out the lockdown being extended if cases do not fall sufficiently.

What does it mean for businesses?

All non-essential businesses, including leisure, retail and hospitality must close apart from hospitality businesses offering takeaways and deliveries. Industries where staff cannot work from home, such as construction and manufacturing, will be allowed to stay open.

Boris Johnson also confirmed that the furlough scheme, which was due to end just a few hours after the Prime Minister’s press conference, will be extended until December. It will also revert back to March’s level of support, where the government funds the full 80% of a person’s salary. In recent months, employers had been required to make a contribution towards the furlough pay.

The government had resisted strong calls from the opposition, business leaders and unions to extend the furlough scheme beyond October for a number of weeks. Just a few weeks ago, the government was involved in a bitter dispute with Great Manchester Mayor Andy Burnham over the level of financial support offered as the region entered Tier 3 restrictions. It refused to give workers the full 80% offered for much of the Covid-19 pandemic, despite requiring businesses to close.

Wales’ First Minister Mark Drakeford had requested the furlough scheme be extended as he introduced a two week ‘fire break’ lockdown in Wales which would overlap the furlough and Job Support Scheme - a request that Chancellor Rishi Sunak denied.

To be eligible for furlough pay during the second lockdown, staff must have been on payroll before 30 October, and they do not need to have been furloughed before.

What happens after 2 December?

Although the government has officially said the lockdown period will end on 2 December, cabinet minister Michael Gove told the BBC that could change.

However, should it come to an end as planned, England will return to its local tier system and the Job Support Scheme will resume. Workers in the highest tier will receive 67% of their pay up to £2,083.33 and employees won’t need to contribute.

For staff that work at businesses allowed to stay open but struggling, they will be able to get at least 73% of their salary - made up by 49% from the government, working at least 20% of their hours, an a 4% contribution from the employer.