Easter bunny hits UK inflation, but it will soon start hopping up again 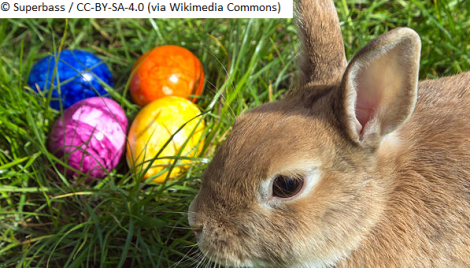 UK inflation stayed on hold in March, core inflation fell, but watch out for wages. 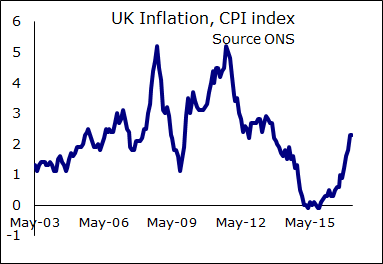 Core inflation, that's with food, energy and tobacco stripped out fell, from 2..0 per cent in February to 1.8 per cent.

But this does not mean that inflation has peaked. It seems that the timing of Easter compared to a year ago is the main explanation for the drop.

Inflation is expected to return to its upward trajectory this month. It is surely only a matter of time before inflation exceeds increases in average wages, indeed this may have already happened. And when we get falling real wages, the hit on retail may be quite hard. 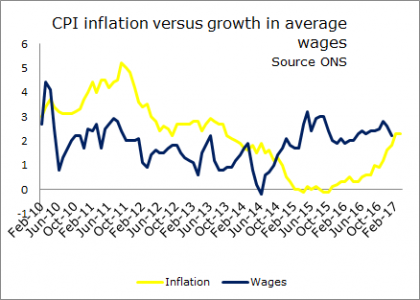 Explaining the effect of Easter, Samual Tombs at Pantheon Macroeconomics said: "CPI inflation didn’t rise further in March only because the Easter holidays—when transport prices spike—were in late March last year but are in April this year. Indeed, airline fares inflation plunged to -22.8 per cent in March, from -1.3 per cent in February, reducing its contribution to CPI inflation by 0.2percentage points."

So what is likely to happen next? Ruth Gregory, UK Economist at Capital Economics said: "We think that CPI inflation will peak at just over 3 per cent before the end of the year. "

Does this mean higher interest rates are imminent? Ms Gregory said: "We don’t think that that will panic the MPC into raising rates imminently. After all, the MPC tolerated an inflation overshoot of 3pp in 2011. Given the uncertainty around the Brexit negotiations and the fact that there has been little sign of building domestic cost pressures, we continue to think that the MPC will hold off until the middle of next year before raising rates."

But the point is, even at this inflation rate, households will feel the pinch. Laurie Macfarlane, Senior Economist at the New Economics Foundation, said: "Today’s figures are a stark reminder of the reality - rising living costs, debts, a sharp decrease in consumer spending and growing risk of stagflation. If sterling continues to fall during the course of Brexit negotiations, it will be households who pay the price. The government must meet today’s inflation rise with a commitment to increase wages and renewed efforts to reduce living costs, from municipal energy projects that will cut bills, to boosting community-led affordable housing.”