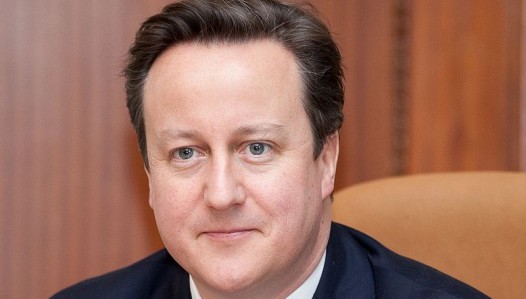 David Cameron is facing huge pressure to resign after he made the shocking admission that he did in fact own shares in the offshore fund set up by his late father.

Labour says the Prime Minister has undermined public trust, and shadow chancellor John McDonnell said he had "failed to answer a straight question". Former Labour Mayor of London Ken Livingstone even suggested the PM should be "jailed". Former CIA worker Edward Snowden even weighed in on the scandal, urging the British people to demand his resignation.

Mr Cameron stressed that Blairmore Holdings, the offshore company set up by his father Ian, who died in 2010, was not a tool to avoid paying tax in the UK.

The Prime Minister told ITV News: "Samantha and I had a joint account and we owned 5,000 units in Blairmore investment trust which we sold in January 2010, that was worth something like £30,000.

"I paid income tax on the dividends, but there was a profit on it, but that was less than the capital gains tax allowance, so I didn't pay capital gains tax, but it was subject to all the UK taxes in all the normal ways."

He says there has been a "fundamental misconception" that Blairmore was set up for tax avoidance purposes.

Mr Cameron said: "It wasn't. It was set up after exchange controls went, so that people who wanted to invest in dollar denominated shares and companies could do so, and there are many other, thousands of other unit trusts set up in this way."

According to the BBC, the PM will publish his tax returns sometime in the next week.

"David Cameron, who described the use of complex tax avoidance schemes as 'morally wrong', has been forced to admit that he held shares in a fund now linked to tax avoidance."

Although there is nothing illegal about using offshore companies, the political fallout could be huge for the Prime Minister, especially one who himself and his party have spoken so regularly about clamping down on tax avoidance. Mr Cameron is even due to host the Anti-Corruption Summit in a few weeks time, aimed to finding an international solution to combatting tax schemes like the thousands uncovered in the Mossack Fonseca documents.

The Prime Minister's admission comes after days of denials, and days of scrutiny and questions.

Following those reports, the Prime Minister's spokesperson said his family's tax affairs were a "private matter". Later that day, he said he wanted to "set the record straight", explaining that he has “no shares, no offshore trusts, no offshore funds, nothing like that”.

On Wednesday, Downing Street issued another statement. This time it said: "To be clear, the Prime Minister, his wife and their children do not benefit from any offshore funds. The Prime Minister owns no shares. As has been previously reported, Mrs Cameron owns a small number of shares connected to her father's land, which she declares on her tax return."

Shortly after, Downing Street released yet another statement, clarifying: "There are no offshore funds/trusts which the Prime Minister, Mrs Cameron or their children will benefit from in future."

That statement raised far more questions than it answered, particularly "in future". And now, following an admission, the Prime Minister, his taxes, his father and Blairmore Holdings are likely to face a lot more questions 'in future'.