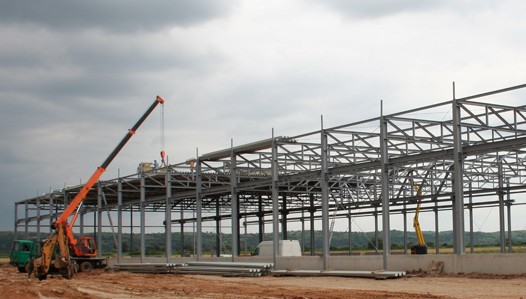 The performance of the UK's construction industry slumped to its lowest level in over seven years in June, according to a closely watched survey.

The Markit/CIPS construction purchasing managers' index score plunged to 46 in June, down from 51.2 in May. Any figure below 50 indicates contraction.

Survey compilers Markit said June's figure was the worst PMI score in June 2009, when the industry was still suffering at the hands of the financial crisis. In stark contrast, Markit last week revealed the PMI for the manufacturing sector rose to 52.1 in June - its strongest score since January.

The majority of the data was collected before the EU referendum on 23 June, but Markit said uncertainty surrounding the outcome had a clear impact on performance.

"...the extent and speed of the downturn in the face of political and economic uncertainty is a clear warning flag for the wider post-Brexit economic outlook," Markit's senior economist Tim Moore said.

Howard Archer, chief UK and European economist at IHS Global Insight, said: "This is an absolutely dire survey that fuels serious concern over the construction sector.

"The survey can only intensify concern as to just how much the construction sector will be hampered by the Brexit vote.

"The purchasing managers' survey points to the construction sector taking a major hit from heightened uncertainty even before the UK voted for Brexit.

"The government will be particularly worried to see housebuilding contract at the fastest rate since December 2012 and the second fastest rate since April 2009, given that it is looking to address the UK's acute housing shortage."