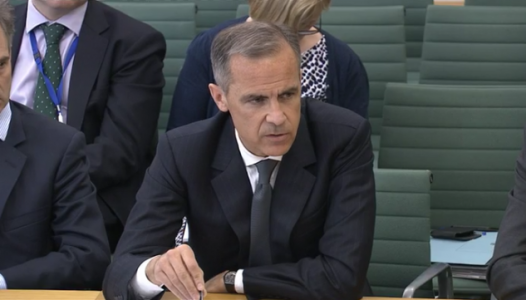 The governor of the Bank of England, Mark Carney, has defended its decision to openly report the economic risks of leaving the European Union.

Earlier in May, Mr Carney said a Brexit would result in higher inflation, higher interest rates and could even spark a recession.

He faced questions from MPs over the Bank of England's stance, with particularly fiery exchanges with euro-skeptic Tory Jacob Rees-Mogg. The Vote Leave camp has criticised Mr Carney and the Bank of England for getting involved in a political debate, despite the Bank's neutral position. Mr Rees-Mogg even called for him to resign as governor of the central bank.

The MP argued that the Bank of England does not comment on economic policy of opposition parties in the run-up to a general election, and therefore should not comment on the EU referendum debate.

"It's very convenient that you're giving out the same propaganda as the Chancellor," Mr Rees-Mogg claimed following the publication of a new report by the Treasury which forecast a year-long recession in the event of a Brexit.

He added: "It may be inconvenient for you, but we have made it more likely that we will bring inflation back to target, whatever the outcome of the referendum, sooner and more sustainably, and that will be a better economic outcome."

"To suggest otherwise is to try to undermine that," the governor said.

And when Mr Rees-Mogg replied: "I do suggest otherwise," Mr Carney enforced his statement by saying: "And so you try to undermine that."