Brexit: Everyday goods 'much more expensive' under no deal 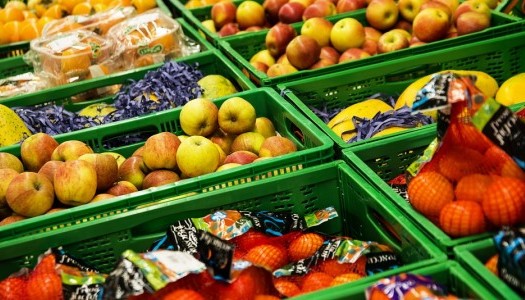 The cost of everyday items will be "much more expensive" if the government cannot secure a free-trade agreement with the EU, a business group has warned.

The organisation, which represents the UK's haulage industry, said the cost of moving transporting goods will likely rise and customers could be charged up to a third more for everyday household items under World Trade Organisation (WTO) terms.

Writing in the Sunday Times, Logistics UK's chief executive, David Wells, criticised cabinet office minister Michael Gove for what he described as a 'cover-up of the huge costs' of failing to agree a deal with the EU.

He also urged the Prime Minister to work towards a deal.

"[No deal] will make the household shopping basket much more expensive, particularly in the early part of 2021 when we rely on imports for much of our fresh food," Mr Wells said.

He added that restrictions around the number of lorry access permits to the EU will put businesses across the country at risk.

"The permit quota available to UK operators will fall short by a factor of four, putting businesses at risk right across the country," he said.

"We are urging government to keep pressing for a deal with Brussels, to protect not only our industry but the economy as a whole."

The UK and EU negotiators have now agreed to resume talks after a week-long halt, where a deal seemed dead in the water. Boris Johnson had seemingly shut the door on the EU, even telling its chief negotiator Michel Barnier 'not to bother' coming to London for talks scheduled for last Monday.

Responding to Logistics UK's letter, a government spokesperson said: "The prime minister has been clear that a negotiated outcome at the end of the transition period remains our preference.

"At the end of the year we will be outside the single market and the customs union and intensive planning is underway to help ensure that businesses are ready to seize the opportunities that it will bring."