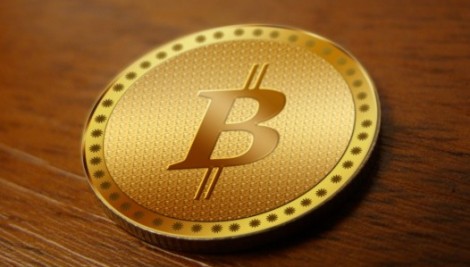 The price of bitcoin has just gone mad – but then this week saw a 16 per cent loss. Its supporters say this is just a blip, but bitcoin does suffer from a major flaw.

Consider its history, in January 2013, one unit of the virtual currency was valued at $100. By the end of that year, it was up to $1,000 – many suggested it was a bubble, that bitcoin had trouble written all over it – virtually speaking.

Critics of bitcoin say that it is nothing, it is literally nothing. Its value is based purely on speculation – as such, bitcoin is like a ponzi scheme, destined to collapse in value.

But then much the same can be said for gold. You can’t do much with gold – other than make pretty jewellery. Gold has value because people expect it to have value, ergo: it is not much different to bitcoin.

But where bitcoin does score, is that it can facilitate international transactions for minimal cost. It also offers anonymity – hence the reason why it is popular with the dark web.

The thing its supporters love about bitcoin is that central banks have no control over it and its supply is limited, and it is this limited supply that its supporters argue guarantees it will rise in value over time.

The libertarians love the concept of bitcoin.

But there is a confusion. Bitcoin is an example of blockchain, but it is not all there is to blockchain.

All blockchain technologies have the advantage of a distributed ledger, meaning a record of all transactions are stored on every computer used to buy, sell or swap the blockchain asset. So, it is very hard to hack into.

Many central bankers are supporters of the idea of a blockchain currency – especially as many think we are heading towards a cashless society. If this is the case, then blockchain technology will surely be used.

But here is the snag with bitcoin – its weakness is the very thing its supporters so love about it. Its supply is limited, central banks have no control over it.

If bitcoin was the world’s currency, central banks would not be able to set interest rates, there would be no QE.

But we are approaching an era when technology may create massive economic potential, but if this leads to job losses and inequality, the result may be that the economy does not produce at its potential. The solution may well be for central banks to create money, to do what Milton Friedman, the economist, once advocated, and do a kind of helicopter money drop – scattering money across the land.

If we had a bitcoin currency controlled by central banks, this would simply involve transferring money into people’s bank accounts.

If the libertarians have their way, we will end up with an economy that sees ever growing inequality – this may not be their intent, but a bitcoin as the world’s currency would make it that way.