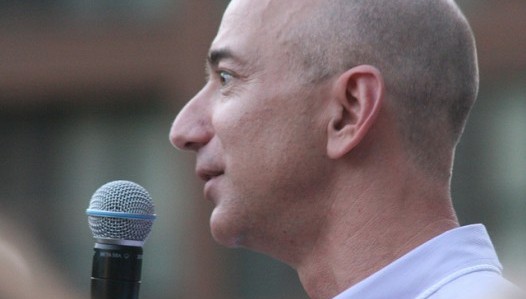 Billionaires have seen their fortunes rise by more than 27% to record levels during the Covid-19 pandemic, according to UBS.

The Swiss Bank found their wealth jumped from £6.2 trillion to £7.9 trillion between April and July alone.

The report also found that the number of billionaires around the world rose from 2,158 to a record high of 2,189. It comes as a report by the World Bank published on Wednesday suggested that global levels of extreme poverty are set to rise this year for the first time in more than 20 years.

"Industrials benefited disproportionately as markets priced in a significant economic recovery [after lockdowns around the world]," UBS said.

Their wealth jumped by 44% in just those three months.

Tech billionaires weren't far behind, however, with an average increase of 41% in their wealth. UBS said tech giants had benefited "due to the corona-induced demand for their goods and services" and social distancing accelerating "digital businesses [and] compressing several years' evolution into a few months".

The report also highlighted incredible rises in wealth among Chinese billionaires since 2009. UBS said the richest individuals in China have seen their fortunes grow by 1,146%. By comparison, UK billionaires lagged behind severely, but have still more than doubled their wealth with an increase of 168%.

There is also evidence of donating funds specifically to help fight against Covid-19, UBS said.

"Our research has identified 209 billionaires who have publicly committed a total equivalent to $7.2bn from March to June 2020," the report said.

"They have reacted quickly, in a way that's akin to disaster relief, providing unrestricted grants to allow grantees to decide how best to use funds."