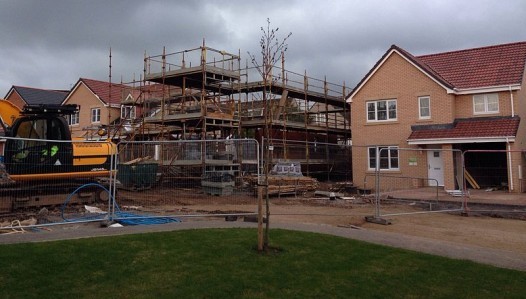 The UK's largest housebuilder has warned that it could slow down construction for the rest of the year after the UK voted to leave the European Union.

Barratt had increased the number of completed properties by 5% in 2015, and targeted increasing it again this year. But growing economic uncertainty following the Brexit vote had led the company to reconsider its position.

Speaking to Reuters, Barratt also said it would review commitments of land to build on.

"Following the EU referendum, we are mindful of the greater uncertainty now facing the UK economy. Consequently, the immediate outlook for our industry is less clear and it is too early to draw any conclusions regarding market conditions from the short trading period since the referendum," it said.

"We had contingency plans in place and we have taken appropriate measures to reduce our risk, such as reassessing land approvals, as we continue to monitor the market."

Meanwhile, Paul Smee, director general of the Council of Mortgage Lenders, said: "Brexit, and its likely effect on the market, is a question to which the answer will not immediately be forthcoming.

"Lenders will continue to be open for business as usual, but lending volumes may be affected by uncertain consumer sentiment."