Bank of England gets ready for surprise 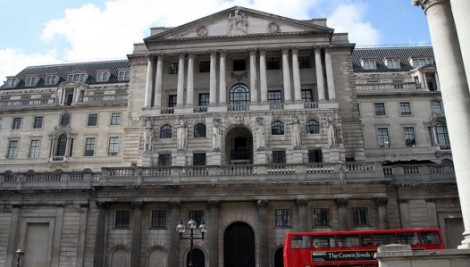 The Bank of England did nothing today, but is there a chance it's just a few months away from doing something it hasn't done for around ten years, and increase interest rates?

When Michael Gove said that we have had quite enough of experts, a number of experts got quite upset. It's just that the economy continues to defy their predictions.

It was a triple day today, super Thursday, we got three things for the price of one from the Bank of England. First, we had the latest decision on interest rates, they are staying on hold. Well, that was about as surprising as news that the sun rose this morning. Then we got the latest minutes from the bank's rate setting commitee, the MPC. They produced the news that the decision to do nothing was unanimous but that for some mebers inflation is approaching the limit of their tolerance.

And then we got the latest Inflation Report.

"Domestic demand has been stronger than expected in the past few months, and there have been relatively few signs of the slowdown in consumer spending that the committee had anticipated following the referendum," stated the report.

You don't say? Now the bank is predicting two per cent growth this year, from a 1.4 per cent projection made last November and 0.8 per cent prediction announced last August.

The bank is now predicting two per cent inflation this year.

But with unemployment at its lowest level in around ten years, with the economy expected to grow at a reasonable pace, economic theory says inflation should shoot-up, and with it interest rates.

"Pay growth, although edging up, has remained persistently subdued by historical standards - strikingly so in light of the decline in the rate of unemployment to below 5 per cent," said the bank.

As for its governor, Mark Carney, he said: "The Brexit journey is really just beginning. While the direction of travel is clear, there will be twists and turns along the way."

But while people are quick to point out how wrong the experts were about their predictions for the UK economy post-Brexit vote, just bear this in mind.

Predicting what the economy will do on a day by day basis is devilishly difficult. But we do that certain events or developments will have certain consequences, eventually.

Economic theory says inflation should be rising. Growth in the broad money supply points that way too. Producer price inflation in China has shot up, as it is now doing in the UK and eurozone.

If inflation really is just two per cent this year, many economists will be surprised. Many expect it to rise to around three per cent.

The odds of a rate hike in the next few months have shortened.