Average household is £600 a year worse off, thanks to Brexit 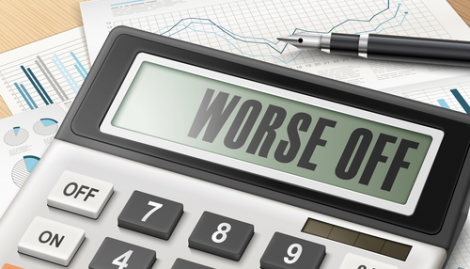 One of the most respected economic forecasting groups in the UK has said that the average household is £600 a year worse off thanks to Brexit, meanwhile, Bank of England governor, Mark Carney, has warned that Brexit has stopped the UK economy from booming.

In the name of objectivity, it must be pointed out that, when it comes to Brexit, The National Institute of Economics and Social Research, or NIESR, for those who like clumsy acronyms, always has taken an anti-Brexit stance. Even so, it is highly respected. And now it has released a report on the UK economy post-Brexit.

In a nutshell, post-Brexit falls in sterling have hit households’ real income. NIESR said that before the EU referendum the UK was one of the fastest growing economies in the advanced world, now it is one of the slowest.

It stated: “It is almost certain that the relative deterioration in the UK economy and the accompanying fall in living standards over the past year are a consequence of the vote by the British people to leave the European Union. Had sterling not depreciated and the economy continued to grow at its previous rate, as would have been likely with an improving global backdrop, real household disposable income per head might have been more than 2 per cent higher than now, worth over £600 per annum to the average household.“

It said that the biggest hit has been on the unemployed, single parent and pensioner households.

It actually describes two ways the vote has hit GDP, by reducing real incomes as a result of the fall in sterling, and secondly as a result of less business investment than might otherwise been the case, itself a function of lack of confidence, caused by uncertainty.

It cited the Bank of England Nottingham-Stanford Decision Maker Panel of senior executives from UK businesses, saying: “39 per cent of respondents reported that Brexit was one of the top sources of uncertainty facing their businesses.” And “only 13 per cent of respondents said that Brexit was not an important source of uncertainty to their business, down from 23 per cent in August 2016.”

Meanwhile, interviewed by Robert Peston, Mark Carney said: "Since the referendum, what we're seeing is that business investment has picked up, but it hasn't picked up to any of the extent that one would have expected given how strong the world is, how easy financial conditions are, how high profitability is and how little spare capacity they have.”

He added that the UK “should really be booming, but it's just growing.

"I think we know why that's the case, because they're waiting to see the nature of the deal with the European Union.

"It's the most important investment destination and [businesses] need to know transition and end state, everybody knows this, the government knows it and is working on it, UK businesses know it and the Europeans know it."