Austerity in tatters, as Hammond prepares for his first big day as chancellor 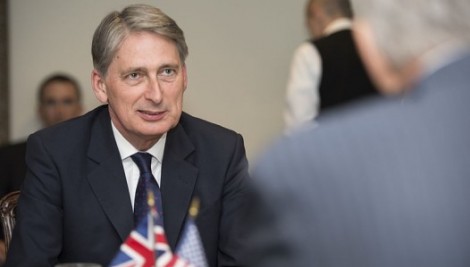 There is a hole at the centre of UK public finances, and one that may be impossible to fix, even as the Chancellor Philip Hammond prepares for the Autumn Statement next week.

George Osborne targeted a budget surplus in the financial year 2019/2020. Instead, the government will still be running a sizable deficit.

In fairness to George, Brexit is getting at least some of the blame and the ex-chancellor did warn this would happen. Even so, by 2020, we would have had austerity for just about a decade, and yet it will have totally failed to bring government finances under control.

Some might say that this means we need even greater austerity but bear in mind that George Osborne’s projections from recent budgets suggested that government spending to GDP by the end of this decade would be close to a post-World War 2 low.

But what is truly shocking about the state of public finances is that unemployment is now at 4.9 per cent, the lowest level since 2005. These should be the good times.

The FT cited research from the Office of Budget Responsibility, due to be published next week, suggesting that the cumulative deterioration in public finances between now and 2020 will come in at around £100 billion.

Brexit is getting the blame.

But there is a deeper ill.

According to the latest data from the Office of National Statistics on the UK labour market, average wages ex bonuses rose 2.4 per cent in the three months to September, compared to the year before. That’s quite good by recent standards, but given that unemployment is so low, it should be much higher.

But when you drill down into the detail, you find worrying signs hidden in the labour data. Employment rose by just 0.2 per cent in the latest three months, more to the point half of the new jobs created were part-time. The quarter saw a modest fall in the unemployment rate, but only because the growth in workforce slowed. An alternative measure of unemployment, the claimant count, which is not so accurate but does provide more up to date data, showed a rise in UK unemployment.

This does not bode well for public finances.

To get public debt down, the government needs more tax revenue, and that means it needs more people working and at higher wages.

And by the way, the backlash against immigration can only make things worse, hitting tax revenue even harder.

Maybe the real problem is lack of investment. If that increased, the UK’s productivity would probably rise, and with it wages and employment.

But austerity has had the opposite effect.