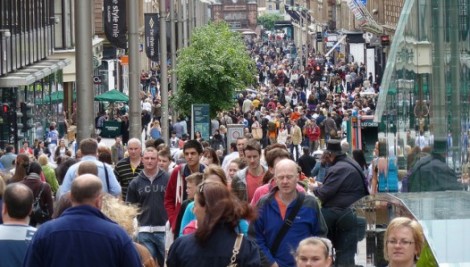 Debenhams has seen profits slump, if the latest survey is anything to go by, UK retail is suffering its worst decline since 2009, but once again Amazon gives a lesson to the retailers that were making big bucks when its boss, Jeff Bezos, was still a little boy.

Debenhams was founded in 1778, was first taken to the stock market in 1928, was acquired by the Burton Group in 1985, was returned to the stock market in 1998, was bought by private equity outfit Baroness Retail Limited in 2003, when it was valued at around at £1.6 billion and floated again in 2006, with a valuation of £1.7 billion, at the time of writing its market cap is £564 million.

When it was floated in 1997, Amazon was valued at $438 million. During the dotcom boom, Amazon’s valuation exploded, then collapsed, but between the depths of the dotcom crash and 2003 when private equity took it on, Debenhams was overtaken for market cap, and from that day forward was like a minnow compared to Amazon.

Today, Amazon is valued at $467 billion.

While Debenhams frets over how it will move to mobile computing, Amazon focuses on AI and how it can deliver goods within a few hours of order.

Debenhams made a profit of £59 million in its latest 12 month period, 44 per cent down on the year before. Its CEO, Sergio Bucher said: “We are making good progress with implementing our new strategy, Debenhams Redesigned, and are encouraged by the results from our initial trials, as well as the number of exciting new partners who want to work with us.” Alas, he added: “The environment remains uncertain and we face tough comparatives over the key Christmas weeks."

In its latest quarter, Amazon posted a $256 million profit, with sales surging 43 per cent to top $44 billion.

And that in a quarter for which expectations for profits were low, Amazon usually spends money on stocking up warehouses in anticipation of the holiday season in this quarter.

And although Amazon is not big on making profits - its market cap to profits is off the charts - and Jeff Bezos emphasises long-term thinking, its now worth enough to make Mr Bezos just a smidgeon short of becoming the world’s richest man.

Meanwhile, as Amazon sees sales rise higher than a drone, UK retail seems to be in the doldrums. According to the latest CBI distributive trades survey, October was a poor month for retail, with the index crashing from plus 42 in September to minus 36, the lowest reading since 2009.

Superficially, the problem is that UK inflation is rising faster than wages.

But there is a deeper problem, the High Street is being disrupted by technology.

Debenhams and co may be addressing the issue of mobile, but it’s AI, and augmented reality that they need to grasp.

As Anil Gandharve, VP & Global Head of Retail, CPG & Manufacturing, Mindtree said: “It is clear that technologies such as artificial intelligence and the automation of workplace processes will continue to play a key role in the future of the retail industry. However customers – i.e. the end users – will still be looking for a personalised experience regardless. The challenge for retailers is to maintain high productivity levels by investing in these new innovations, whilst also not losing the human touch required to grow and retain their customer base. The key to industry-wide success rests upon striking the right balance between tailored technology and in-store human experience.”