93% of employers would take on qualified apprentice over graduate 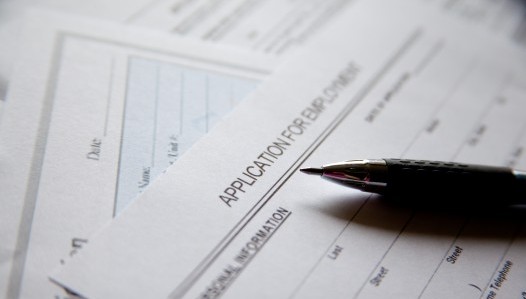 The majority of UK employers would rather take on someone who had completed a three-year apprenticeship rather than somebody who has studied for the same amount of time, research suggests.

According to a new study, 93% of employers would opt to take on an apprentice rather than someone who had studied for a three year degree or qualification.

The research, carried out by Positive Outcomes, questions 100 employers over their attitudes towards apprenticeships in the run up to GCSE and A-level results.

It comes just after the government announced the new apprenticeship levy which will be enforced on all employers with a pay bill of over £3 million each year, in an effort to help fund three million new apprenticeships by 2020.

Kelly Ball, managing director of Positive Outcomes, said: “There’s only so much you can learn in a classroom. While it’s a great medium to convey theoretical working life, an apprenticeship lets you live it and experience it first-hand.

“With the need to improve skills in the UK, this is something that’s becomingly increasingly important.”

Respondents to the survey were also asked whether or not they agreed that apprentices bring a wealth of enthusiasm and energy with them and can make a real difference to a company’s growth, to which 86% said ‘yes’.

Ms. Ball added: “This is yet another firm endorsement of apprentices and a true reflection of the things they can bring to a company. Young adults brought up in the digital age can introduce a new dimension to a business, helping to create a fresh and vibrant approach”.

Accounting giant KPMG and The Open University have recently announced they are joining forces to launch an apprenticeship and earlier this month, leisure travel firm TUI UK and Ireland have planned to deliver more than 2,000 new apprentices by 2020.

Kelly added: “Young adults who are at a crossroads and considering what to do in the next stage of their life should consider the opinions of their prospective employers. Our results suggest that apprentices are highly valued for what they bring into a business.

“Taking on an apprenticeship will see them earning a wage, learning invaluable skills and directly contributing to the success of a business. This experience at a young age will set them up for life.”