Ascona Group was founded in 2011 by Darren Briggs. Headquartered in Pembrokeshire, Ascona is one of the UK’s fastest-growing forecourt providing a leading retail service offering comprising both commercial partnerships (such as with Subway, Costa, BP, Starbucks and Greggs) and in-house brands. Since Darren and his team at Ascona embarked on a high growth strategy, the business has grown over 705% over the last three years with rapid expansion of its forecourt estate from two to 61 sites and its employee base to over 800 staff. As a result, the business has ambitions to grow the portfolio to over 300 sites within the next three years. 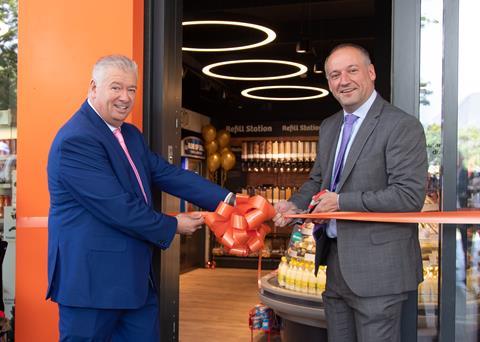 Darren started out in the industry at Elf Oil at the age of 27 and was determined to work his way up. From his experience, he could see that the success of a forecourt hinged on two things namely the margin made on the fuel sold and its attractiveness as a retail destination. He wanted to make my own stamp on the forecourt-retail space and in 2011 took on the lease of his first forecourt in Pembrokeshire. In the early years, Ascona was very much a family-focused business and only acquired his second site in 2012. Things changed in 2017 when the business starting its high growth strategy and there has been a dramatic shift ever since.

Key to the group’s rapid and successful growth is the strategy of ‘Asconarisation’. This involves utilising its expertise in identifying “unloved forecourt assets” in target areas across the UK and then upgrading them into roadside retail destinations that serve their individual communities. The strategy not only improves the service and experience for Ascona’s customers, but also creates significant revenue uplifts. Secondly, its strong strategic partnerships with retail partners including Costa Coffee, Starbucks and NISA, as well as with the UK’s top fuel brands, have helped to generate impressive financial results, with annual run rate revenues in excess of £250m and operational EBITDA of £15m. Finally, Ascona has successfully secured financial banking to support its ambitious growth strategy, and since 2018, it has raised over £170m in funds to support its growth ambitions.

Since 2018, the Ascona Group has become one of the UK’s fastest-growing forecourt operators. The business is now firmly within the top ten independent forecourt operators in the UK and there are plans to turn Ascona into a top three provider over the next five years. Ultimately, the vision for Ascona is to continue to expand the portfolio to over 300 sites over the next three years. The goal is to turn each site into a roadside retail destination that drives an average site EBITDA of £225,000 per year, meaning Ascona could be valued in the region of £1bn in the next three years, an ambitious but decidedly manageable target given the fragmented nature of the forecourt market in the UK.