Davies Contractors is a firmly established, family-run business based in South Wales which undertake all aspects of building work from private residential builds to commercial works. It is currently working in partnership with a number of local councils to complete quality housing and school refurbishments. 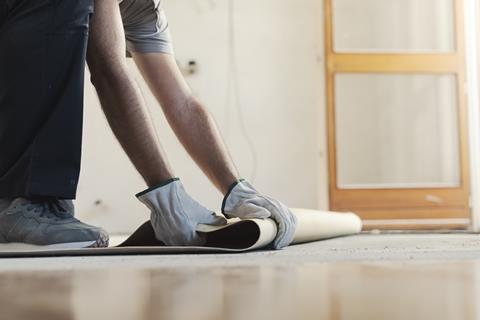 Anthony Davies established the business after working for several building firms as a painter and decorator. He was inspired to start the business after noticing a huge gap in the market for affordable and reliable tradespersons. Originally a sole trader, he realised the potential to quickly grow a new business start-up in his trade and become his own boss. Work opportunities came in quickly but this also came with an additional challenges of having to recruit the right, reliable people to cope with the demand and financial management due to limited cashflow. These issues have now been overcome and Davies Contractors Limited now has a very steady cashflow and employees covering all trades.

In 2015, Anthony he decided to register as a sole trader and promote his own decorating business but after establishing a firm client base, he decided to form a limited company and recruit operatives to support with the overwhelming workload. Anthony formed great working relationships with the local authorities who then requested his support and guidance in other trades. He capitalised on the opportunity to recruit across all trades and quickly established the firm as a reliable and affordable building contractor. Davies Contractors Limited now has ongoing work across all contracts and continue to remain reasonably priced to ensure local authority work is carried out within their strict budget constraints. Another major factor that has contributed to growth is having the right team and recruiting the right calibre of staff that can demonstrate they are capable and qualified within their trades.

Over the next five years, Davies Contractors has plans to expand the business to the South West England region and is working closely with local authorities and networking to firm up relationships further afield.