Founded by Arron Davies and Philip Davies, FlyForm is an Elite ServiceNow Partner providing strategy consulting, implementation services, managed services, and license resale for the ServiceNow product. They operate across all major verticals with a strong focus on public sector and technology service providers. Its purpose is to “Build Innovative Solutions That Positively Impact the World’. 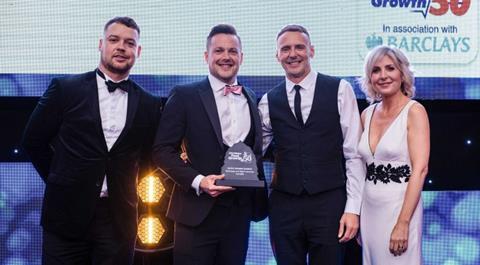 In 2015, Phil approached his now business partner, Arron, with the idea of building a technology services organisation. At a high-level, there were two primary drivers namely quality of service being provided was extremely poor. It was failing architecturally, over-priced and the treatment of both employees and customers was abhorrent. In addition, Phil was going through an extremely tough period in his life, having newly began his sobriety journey and facing numerous mental health challenges. He was concerned about his long-term ability to continue working for other people and felt he needed to build something with value to ensure the financial security of his family. As the business developed, Phil and Arron realised their passion for building something different and something great but, most importantly, something that did good for its employees, its clients and equally as importantly, for Wales and the wider world.

The rapid and continued growth of FlyForm is heavily impacted by the three factors. Since its inception, long before it was trendy to do so, FlyForm created a people first culture and hire, fire and promote against its core values which include ‘Be Nice, Be Respectful’, ‘Always do the Right Thing’ and ‘Wellbeing Before Profits’. The business is known in the ServiceNow ecosystem and beyond as being a place where employee wellbeing is a priority, as well as creating a high-performing environment for client success. Flyform has to be profitable and without profit, there is no business, and without the business, the business can never achieve its mission to positively impact one billion lives. However, profit without purpose is a soulless ride to nowhere and FlyForm operates with two interlinked missions and plans namely the Profit Plan – which is about maximising growth and the Purpose Plan – which is about the business will make an impact in the world. With Arron and Phil both having strong backgrounds in client-facing roles, it is no surprise that client success and customer service were, and continue to be, at the forefront of FlyForm’s modis-operandis. FlyForm’s first ever major client, the Driver Vehicle Standards Agency (DVSA), are still a client six years later and along with many other long-standing clients of a prestigious nature, this commitment is a true testament to the level of service being provided.

In the future, FlyForm’s “Big Hairy Audacious Goal” is to achieve a $1billion valuation by 2030 as Wales’ potential first unicorn, and importantly to positively impact 200 million people. It has prepared a coherent plan to grow the business by at least 50% during 2023 which will put gross revenue in excess of £20m and require significantly increased headcount, which it hopes to source as much as possible from Wales.