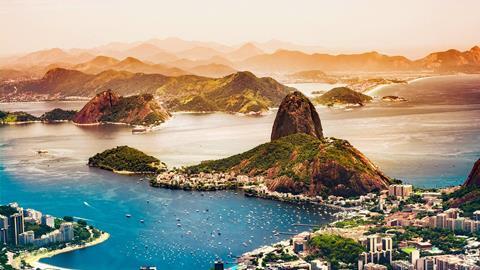 Why I'm Patting Brazil on the Back

Brazil has been under much scrutiny these past couple of months as event spending overflowed far beyond budgets and mass protests, demonstrations and strikes rage on. With the 2016 Olympics fast approaching, it’s easy for one to ask: can Brazil handle it?

With the World Cup being played out on a global stage there were a lot of potential for things to go wrong and for Brazil’s reputation to be tarnished.

Despite the fact that Brazil seemed, at the least, unprepared for an event on this scale, hosting a world-wide sporting event that houses millions of people (roughly 3.7 million to be exact), along with ragingly passionate fans and global sports superstars leaves quite the margin for error. Certainly this wouldn’t be the first time a country was unprepared and ill-equipped for such an event.

The hashtag trend #Sochiproblems, which popularised during the last winter Olympics in Russia, is just one recent example that brings to light the sheer amount of things that come under scrutiny during such an event.

With the news coverage Brazil was subject to before the World Cup it was reasonable to assume they would soon be joining the Sochi ranks with their own hashtag to boast.

With stadium building delays and last-minute safety checks it seems almost miraculous that the entire event has passed by with no less than a few minor hiccups.

Less than three weeks before the event Sao Paulo’s Itaquerao stadium was still not complete and the process has suffered numerous delays from roof scaling and construction deaths.

FIFA normally insists on three trial events before a World Cup, but Itaquero Stadium only had one. There was clearly room for things to go wrong, not to mention that preparation for the event seemed to barely finish in time for it to start. If it was 4 weeks ago, and I was Brazilian, I would be nervous.

With all that being said, however, I must pat Brazil on the back. Despite a few hiccups (including a serious bridge collapse, faulty telecommunication networks, and a crushing home loss in the semi-final), Brazil has pulled off a world-class event despite the odds being stacked against them. Even more exciting is that Brazil’s World Cup venues are highly sustainable and premium.

The stadiums incorporate greener features to make the structures brighter and airier with modern elements. There were no unfinished stadiums, no major disasters, and no #brazilproblems.

With steady ticket sales it’s hopeful to think that Brazil could more than just pull-off the upcoming Olympics and save themselves from a hash-tag trend. Hopefully they can learn from past mistakes and put their new event-planning knowledge to use as the country begins to prepare (or so we hope) for the 2016 Olympics.