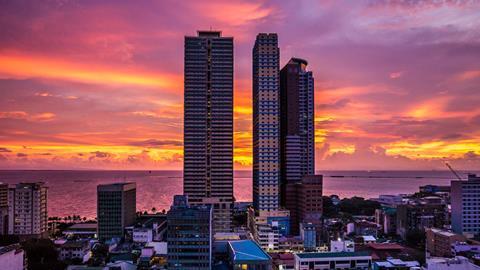 With extensive reform programs in place, and strong growth on the horizon, Typhoon Yolanda has hardly made a dent on the Philippine economy.

This is despite an estimated economic loss of between US$6.5 billion and US$15 billion after Typhoon Yolanda devastated the country in November 2013. Experts have put growth confidence down to a “rapid and effective recovery and reconstruction program by the government,” including a US$500 million imbursement from the World Bank to aid short-term recovery and reconstruction efforts.

In the last quarter of 2013, the Philippines recorded its strongest two years of growth since the 1950s, as gross domestic product (GDP) rose 7.2 percent. This is expected to expand into 2014, as the country remains one of the world’s fastest-growing economies.

Although there is some concern over a spike in inflation — recorded at 4.2 percent at the start of 2014 — caused by the increased price of rice, this is expected to be short-lived as typhoon recovery efforts and reconstruction programs get underway.

In January 2014, the Philippines Department of Trade and Industry (DTI) recorded that foreign direct investment (FDI) had jumped 63 percent to 120.65 billion Philippine pesos (US$2.67 billion), while total investment grew 29 percent to 466 billion pesos. Strong FDI will go some way to helping President Benigno Aquino achieve his goal of bolstering growth to as much as 8.5 percent by 2016.

With a population of more than 95.8 million — around 63 percent of which are of working age — people are one of the Philippines greatest assets. The diverse population speaks more than 80 languages and dialects, and is spread over 7,107 islands in the Western Pacific, with strategic access to the prosperous economies of China, Singapore and Japan.

There is sufficient opportunity for sustainable growth in the Philippines given the well-educated working age population having a literacy rate at 90 percent.

The outsourcing industry in the Philippines has developed within the past 13 years, with business process outsourcing (BPO) accounting for US$10.4 billion total revenue in 2013.

Two million Filipinos were reportedly working abroad in 2012, and the amount of money sent home every year is equivalent to 10 percent of the country’s GDP. Experts predict this will increase because “previous disasters have traditionally seen a sharp jump of up to 15 percent in the size of the remittances.”

A newly industrialized country, the Philippines’ export economy is moving away from agriculture to electronics, petroleum and other goods. In 2013, electronic products like processors, chips and hard drives accounted for over 40 percent of total exports.

The Philippines has the most expensive electricity rates in Asia, and there are no signs of this decreasing after the Department of Energy (DOE) approved Manila Electric Co. (Meralco)’s 4.15 pesos per kilowatt-hour power rate increase at the start of 2014. Such prohibitive rates are one of the strongest disincentives against manufacturing investments in the country.

Distribution is also very fragmented in the Philippines and this is becoming an increasing challenge as purchasing power increases outside the Metro Manila and Central Luzon region.

Despite being the country’s major export, Semiconductor and Electronics Industries in the Philippines Inc. (SEIPI) expects the value of electronic products to contract by 10 to 12 percent in 2014, amid weak demand for semiconductors from overseas markets.

The agricultural sector in the Philippines employs about 36 percent of the labor force but is known for its low productivity, as decreasing farmland and high food prices means the industry contributes just 14.8 percent of GDP each year.

In his aim to boost growth, President Aquino is transforming the country into a manufacturing hub. The DTI has launched a three-year roadmap to help sustain a growth rate of 10 percent in 2014.

At the start of 2014, The Economist Corporate Network (ECN) ranked the Philippines second in Asia for improved investment climate, after the rating of Philippine government debt was raised one level to Baa3. Moody’s Investors Service attributed this to robust economic performance, ongoing fiscal and debt consolidation, political stability and improved governance.

As a result of this, the electronics and retail industries are set to take off in the next few years. Japanese company SMK Electronics recently announced a US$20 million investment, and several Chinese garment industries are now looking to relocate from the mainland to the archipelago. Agriculture, textile and fisheries sectors will also benefit if the Philippines succeeds in improving its status within the European Union’s Generalised System of Preferences (GSP).

The strongest local businesses are centered around a very robust retail sector because shopping is one of this country’s favorite hobbies. Because the country’s average age is only 23, consumerism is a key growing trend.

There are multiple vessel and barge operators in the country, with different strengths and weaknesses per route or sailing frequencies. Foreign investors want end-to-end nation-wide logistic solutions, coordination and satellite hubs, to reach an ever-growing consumer market. Any logistic company that can promise these services is likely to do well in this burgeoning region.

The Philippines is in the initial phase of longer-term growth as a result of fundamental government reforms, a probable easing in restrictions on FDI and the recent upgrade to investment status.

Despite the devastating effects of Typhoon Yolanda, the Philippine economy remains resilient. Several growth programs are planned for the next decade, and many set to grow.

The Philippines has a rich supply of natural resources, having around US$1trillion mineral deposits, so this is another sector to watch in coming years as the country increases security and stability.