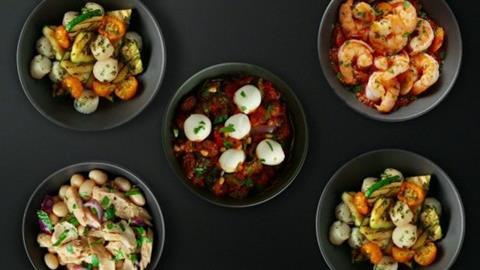 Consciousness of sustainability is now firmly on the minds of consumers and is only likely to increase as we continue to witness the impact of climate change happening around us now.

With the issue now stretching far beyond turning off our plug switches or not leaving the TV on standby, eco-consciousness is now having a dramatic impact on the way consumers think and behave. We search for natural and local products that are produced in a way that doesn’t harm the planet and use recycled and recyclable packaging. We’re searching for brands with purpose.

What does it mean for brands, though? How does the food industry, which has traditionally focused on maximising profit margins, evolve to meet the needs of an eco-conscious world?

This was the topic of a discussion between a group of food entrepreneurs and investors recently hosted by the Great British Entrepreneur Awards and haysmacintyre.

According to the European Environment Agency (EEA), food production releases greenhouse gases into the atmosphere “at every stage”, adding that “farming in particular releases significant amounts of methane and nitrous oxide”. In 2012, it says, agriculture accounted for 10% of the EU’s entire greenhouse gas emissions.

Dot McCarthy of Cronkshaw Fold Farm is one entrepreneur pioneering a more sustainable future for farming. She is transforming her family’s traditional Yorkshire farm run on oil, coal and wood into a modern-day farm, powered entirely by solar and wind, with battery storage allowing the farm to store its own energy.

“I think there’s a lot to be said for the new wave of tech farms,” Dot said. “Indoor farming, vertical farming and farming with UV rays.”

She pointed to an 20,000 square metre art installation in the Netherlands that inadvertently discovered that blue and red coloured UV lights can boost crop growth by 40% and reduce pesticides by 50%.

Dot explained: “There’s so many sectors now that are coming to the forefront, which allows a massive food production, small carbon footprint, but are completely different to a lot of traditional agriculture.”

Paddy Willis, co-founder and CEO of food industry accelerator and investor Mission Ventures, highlighted some of the challenges facing farmers and the innovations they’re pursuing in order to produce food in a more sustainable way. He’s working with one of the UK’s largest organic farmers on a transformation to vertical farming, but is also exploring other options to reduce the farm’s impact on the environment.

The issue with vertical farming, Paddy admits, is the cost of energy required to power it and the cost to the consumer. However, his client believes that the size of his farm will enable him to actually create enough energy not just to power his own farm but for others as well.

Paddy said: “His farm suffers from peat shrinkage of around one and a half metres across his land, so there’s massive opportunity to sequester carbon by rewetting. And he’s also exploring floating solar panels on the farms reservoirs.”

He said: “The whole plastic vs glass debate is a classic. ManiLife has been looking at moving our packaging back to glass for some time now. From a consumer perspective the problem seems pretty basic - almost good vs evil. But when you start digging deeper it’s not even remotely clear cut, which is one of the reasons it’s taking us so long. I think it’s important that brands don’t knee jerk to the tune of the latest trend but consider the long term implications of what are pretty big decisions.”

It was a message echoed by a number of entrepreneurs including Hannah McCollum, founder of ChicP. “Ultimately, people look at the pack,” she said “and a lot of buyers I was meeting at the start had no idea what our ethos was behind the brand. They talked about how it looked healthier or how cool the branding was.

“As we’re growing, more people are learning about what our aims are, but behind the scenes, what I’m trying to achieve as a sustainable brand is so different to what anybody buying a product would know or even want to know.”

Glen Burrows, founder of The Ethical Butcher, has also experienced difficulty in getting his brand’s messaging about organic and sustainable meat production across on packaging.

“Within meat, you can use the terms ‘organic’ and ‘free range’, but they’re essentially abused and mean very little these days,” he explained. “I think the public is starting to see through that.”

Glen explained that he is working with consultants to develop The Ethical Butcher’s own standard mark on its organic and sustainable credentials.

The entrepreneurs agreed that the fight for a more sustainable food industry is an uphill one, across various battlegrounds - pricing, government intervention and getting it right. There was unity in a desire and passion to make sustainable, ethical food brands the mainstream and tackle the global players.

Hannah McCollum warned that finances will continue to be a significant barrier for small challenger brands in competing with corporate giants.

“I’ve got a British brand and ideally I’d love to use chickpeas that are grown in the UK and only use UK vegetables, but it’s not always possible because of seasonality,” she said.

Hannah said that customers have called for cheaper pricing, bringing ChicP’s products closer to mainstream alternatives. “[If I only used UK produce] I would have to charge around £4 per pot, and that’s a huge risk to take. It could close my business.”

“We are seeing, with new brands, a balance between being sustainable and ethical and the cost,” he explained.

Dot McCarthy called for the government to introduce a carbon tax to create a level playing field, allowing smaller businesses to compete with corporate competitors, but also encouraging those corporates to do more in their eco-efforts.

Recognising the complexities involved in assessing an organisation’s true carbon output, Dot called for the creation of a scientific body to determine each and every factor that needs to be considered in measuring carbon output.

Arguably the biggest issue facing sustainable brands right now and in the future is the idea of doing the right thing. Knowledge and understanding of how we are impacting the planet and the best approach to solve that crisis is evolving all the time, with difference and debate in several areas in the mission to tackle climate change.

Ed Hauck, founder of The Curators, said: “I genuinely don’t know where to start sometimes to unpick some of this. You find all these countering views that say ‘oh no, don’t do that, do this’.”

Ed explained how his business has struggled to understand the best approach when it comes to packaging. “We brought in a packaging consultant and one minute you think you’re doing the right thing and then someone else points out that there are actually unintended consequences of your decisions around sourcing materials are X or Y that you hadn’t even thought of.”

Glen Burrows added: “We get into this debate so often. People who eat a plant-based diet claim that their monocrop foods flown in from around the world have a smaller carbon footprint than beef produced in the UK, for example.

“And it depends how you choose to measure it, because everything needs to be taken into account like sequestrations, how much chemical fertilisers are used, the carbon impact of transport and other environmental issues.”

Where do sustainable brands go from here?

Jagir Mankodi, co-founder of Superfoodio, highlighted the generational shift happening right now that will support the cause of sustainable challenger brands in the future.

He said: “We feel the younger consumers are very much bought into what we’re trying to do and want to do the right thing.

He argued that if the industry can create healthy, ethical products that meet the standard in terms of taste and are not wildly more expensive than the mainstream favourites, people will switch.

Paddy Willis added that much of the change to come will be driven by new entrepreneurs. He said: “Eighty-five per cent of new entrepreneurs do not come from any experience within the [food] industry, which is one of the reasons that they are able to disrupt. And it’s one of the reasons that corporations are losing market share because they don’t know how to innovate and disrupt.

“All this suggests the exciting potential to launch a carbon negative food brand.”

Ed also called for the introduction of a government body that can provide dedicated and targeted support to help businesses become more sustainable.

But the biggest factor, the group felt, was the idea of collaboration and persistence.

“As much collaboration as possible is what we need. No one is putting their arm around their homework on this one. There’s a bigger purpose here.”

Referring to the confusion and challenges facing sustainable brands, Glen concluded: “The way we’re talking means we’re doing the right thing. None of us are zero impact.