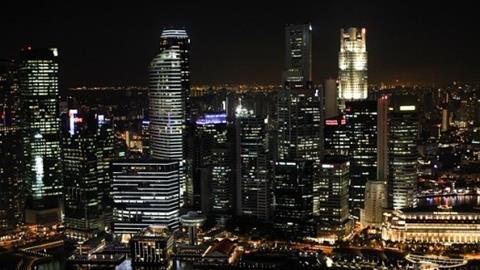 As we become more and more accustomed to smart technology in our personal and home lives - our phones, our watches, lighting, heating, music and so on - the 2020s were expected to be the decade of the smart city.

But no one expected the impact 2020 would have on just about every aspect of our lives. With most of the UK told to work from home if possible, countless businesses up and down the country have adapted to the new way of working and have woken up to its benefits. It has led to almost immeasurably quieter city centres and business after business confirming plans to continue working from home even after the pandemic ends.

What does that mean for the concept of smart cities if there are fewer people spending time in them?

That was the topic of discussion at a recent roundtable hosted by the Great British Entrepreneur Awards and haysmacintyre.

While the Covid-19 pandemic will undoubtedly have a short-term impact on how people interact with their cities, Laurence Kemball-Cook, founder of Pavegen, believes those invested and interested in smart cities aren’t concerned about the immediate implications of the pandemic.

He had a significant contract lined up with a developer in New York prior to the outbreak and was certain it would get cancelled. But he was pleasantly surprised by the reaction.

Laurence said: “They’re still pushing ahead. They see beyond a fad of lockdowns and they’re more worried about what 2030 looks like.

“If you’re a restaurant you live and die by a period of weeks, but if you’ve got a $50 billion company contracts like this are such a small investment.

“[Investors] are going to use this as a great opportunity to capitalise on more growth. So, I think it’s looking to me like big contracts are still there in smart cities.”

Nic Shulman, founder of BlockDox, agreed that while the number of workers in offices in big cities may never return to the levels they were pre-pandemic, there will be demand for more flexible office provision.

He explained: “The traditional product which has been offered in terms of office buildings has to change.

We’ll need more meeting spaces or places with a hot desking-type atmosphere. There would potentially be an impact on the high street because the high street does depend on large amounts of footfall going into city urban centres. It is an ecosystem and you can’t look at it in isolation without looking at the whole.”

Charlie Davies, founder of TravelTime, believes that smart cities will continue to grow regardless of a drop in footfall because the concept is based purely on being smart.

“We’ve seen a huge demand for our data over Covid because more than ever people want to understand what mobility means,” he started. “Our usual patterns of behaviour are being completely disrupted.

“I think actually this has been a great opportunity to show the value of smart cities because we need to know much more about movement, how our cities are operating and how cities will be different.”

Suzanne Noble, founder of Silver Sharers, argued that the pandemic will cause a dramatic shift in the way we use city centres and government reaction could allow businesses to reassess and repurpose what they offer, leading to a new age High Street.

Suzanne explained: “For so long, we were restricted by these use classes, which really had no other role than to try and maintain a high street in its old fashion sense. Now, we have the ability to do something that’s far more innovative as a result of that. From a planning point of view, it’s quite a big deal and will potentially open up a lot of possibilities.”

Jordanna Marshall, founder of AMBIO-N, agreed that repurposing spaces will play a big role in smart cities in the future, pointing to the example of urban sustainability.

She said: “I think the rise of urban farming is a big statement, bringing food to the table more effectively in an efficient way that reduces the carbon footprint.

“We need to find technology to be used as a solution to allow for more efficiency to be achieved as a result of better digital solutions. There’s so much scope for doing things better, driving efficiency across cities.”

Sohrab Vazir, founder of StudyFlats, added that student accommodation needs to adapt in the future. He said: “The sector will invariably witness a great deal of change and will have to adapt to the new normal in order to survive.

“One way for this industry to continue would be to shift the exclusivity of purpose-built student accommodation (PBSAs) to include other tenants such as young professionals and short-term guests such as tourists.

“Moreover, another way to sustain both the higher education sector and the student housing industry would be the decentralization of urbanity and localisation through making urban units/neighborhoods inclusive of all services that are essential to our daily lives, which at the heart of it requires policy adjustment on a governmental level.”

Typically, the concept of smart cities has been confined to the metropolitan city centres of some of the world’s biggest cities. But Charlie Pool, founder of Stowga, believes we now have the chance to expand the idea beyond the city limits to more traditional areas and bring other elements in.

He said: “The pandemic has undoubtedly accelerated the rise of e-commerce. Of course, when you buy something online it comes directly from a warehouse, but there’s a lack of industry space in city centres.

“Now what you’re seeing is retail space being switched to industrial. As delivery times get shorter and shorter, people will look for one or two hour delivery times, you need to store goods closer to the customers before they’ve bought them. You’re going to have this trend of warehouses going into what were high street retail and even offices.”

He added: “It’s never going to go back to how it was, and so even if people return to offices, you’re not going to need as much office space as we needed pre-pandemic. There’ll be a lot of slack in the system and I can see that being taken up by industry because we’re all going to be shopping online more.”

Samuel Ellis, founder of Karfu, believes smart cities will alter the way people think about transport and how they move around, but it faces challenges.

He said: “I think that the challenge with the sharing model, and what we’ve seen on our beta platform, is people really care about convenience. Those services have to be so ubiquitous, so easy, so easy to switch from the idea that you can walk outside and jump in your car.

“The only way you’re going to get people to move away from the idea of car ownership, is those services getting up to a point where it becomes so seamless that it makes sense.”

He added: “I could happily be cycling into work every day safely, if there were some significant infrastructure changes, which I think we will see. E-Bikes and scooters will be a big part of it, whether they’re shared or rented versus owning.”

Smart cities have a future

The impact of Covid on our lives is undeniable, and it will evidently have a lasting impact on a number of industries. But what became clear from the roundtable is that those operating in the smart technology and smart cities space are absolutely confident that the pandemic presents more opportunities for the future of smart cities than it does challenges.